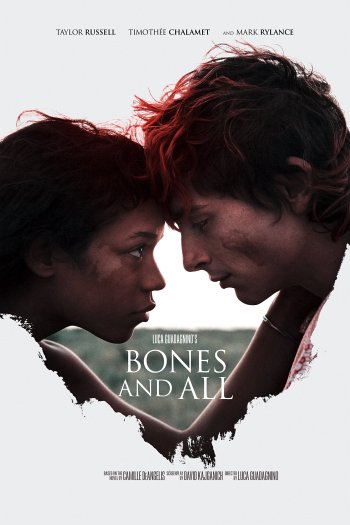 Synopsis:
Maren, a young woman, learns how to survive on the margins of society. Bones and All (2022) is directed by Luca Guadagnino and was released on November 23rd, 2022.

Bones and All has been released in movie theaters on November 23, 2022. As of today, the movie has been out for around since its theatrical release. Bones and All was produced by Metro-Goldwyn-Mayer, Frenesy Film, MeMo Films, Cor Cordium Productions, Vision Distribution, 3 Marys Entertainment, The Apartment, Per Capita Productions, Wise Pictures, and Tenderstories and was initially released on November 23, 2022.

When is Bones and All coming to DVD?

Bones and All DVD release date is set for March 6, 2023, with Blu-ray available the same day as the DVD release. DVD releases are typically released around 12-16 weeks after the theatrical premiere.

When will Bones and All be released digitally?

Bones and All digital release from Amazon Video and iTunes should be available 1-2 weeks before the Blu-ray, DVD, and 4K releases. The estimated VOD release date is February 2023.

Bones and All is rated R. R stands for 'Restricted', which means children under 17 require accompanying parent or adult guardian. The movie contains some adult material and parents are urged to learn more about the movie.

The movie currently has a N/A out of 10 IMDb rating. We will continue to add and update the reviews and scores. Here is where you can stream and purchase the Bones and All ⤵