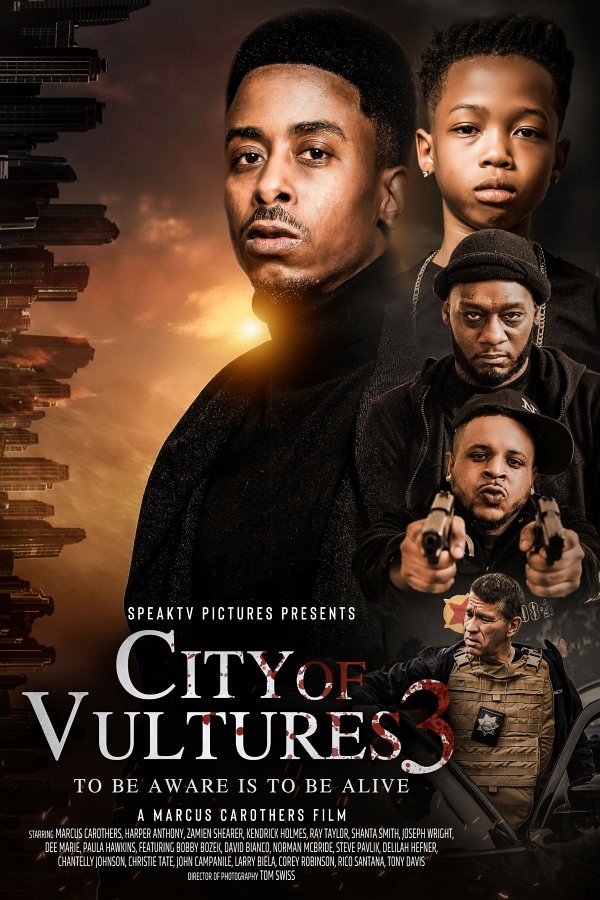 Synopsis:
Richard Steele welcomes the drug trade into his plethora of felony activity. As advocates of community reform urge him to pursue righteous endeavors. City of Vultures 3 (2022) is directed by Marcus Carothers and was released on July 1st, 2022.

City of Vultures 3 has been released in movie theaters on July 1, 2022. As of today, the movie has been out for around since its theatrical release.

When is City of Vultures 3 coming to DVD?

City of Vultures 3 DVD release date is set for October 10, 2022, with Blu-ray available the same day as the DVD release. DVD releases are typically released around 12-16 weeks after the theatrical premiere.

When will City of Vultures 3 be released digitally?

City of Vultures 3 digital release from Amazon Video and iTunes should be available 1-2 weeks before the Blu-ray, DVD, and 4K releases. The estimated VOD release date is October 2022.

City of Vultures 3 is rated Not Rated. The age rating is not available for this movie yet. It has not been rated by the rating board of the MPAA. As a general parental guide, parents should assume the material may be inappropriate for children under 13.

The movie currently has a N/A out of 10 IMDb rating. We will continue to add and update the reviews and scores. Here is where you can stream and purchase the City of Vultures 3 ⤵