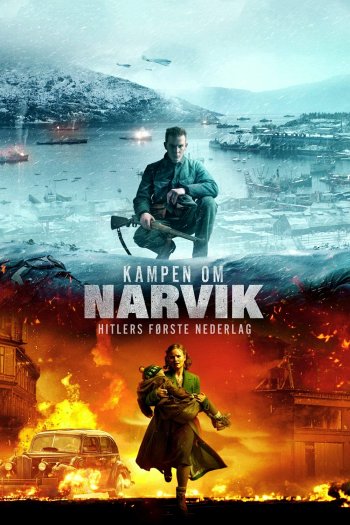 Synopsis:
April 1940. The eyes of the world are on Narvik, a small town in northern Norway, source of the iron ore needed for Hiter’s war machinery. Through two months of fierce winter warfare, Hitler is dealt his first defeat. Kampen om Narvik – Hitlers første nederlag (2022) is directed by Erik Skjoldbjærg and will be released on December 25th, 2022.

Kampen om Narvik – Hitlers første nederlag is rated Not Rated. The age rating is not available for this movie yet. It has not been rated by the rating board of the MPAA. As a general parental guide, parents should assume the material may be inappropriate for children under 13.