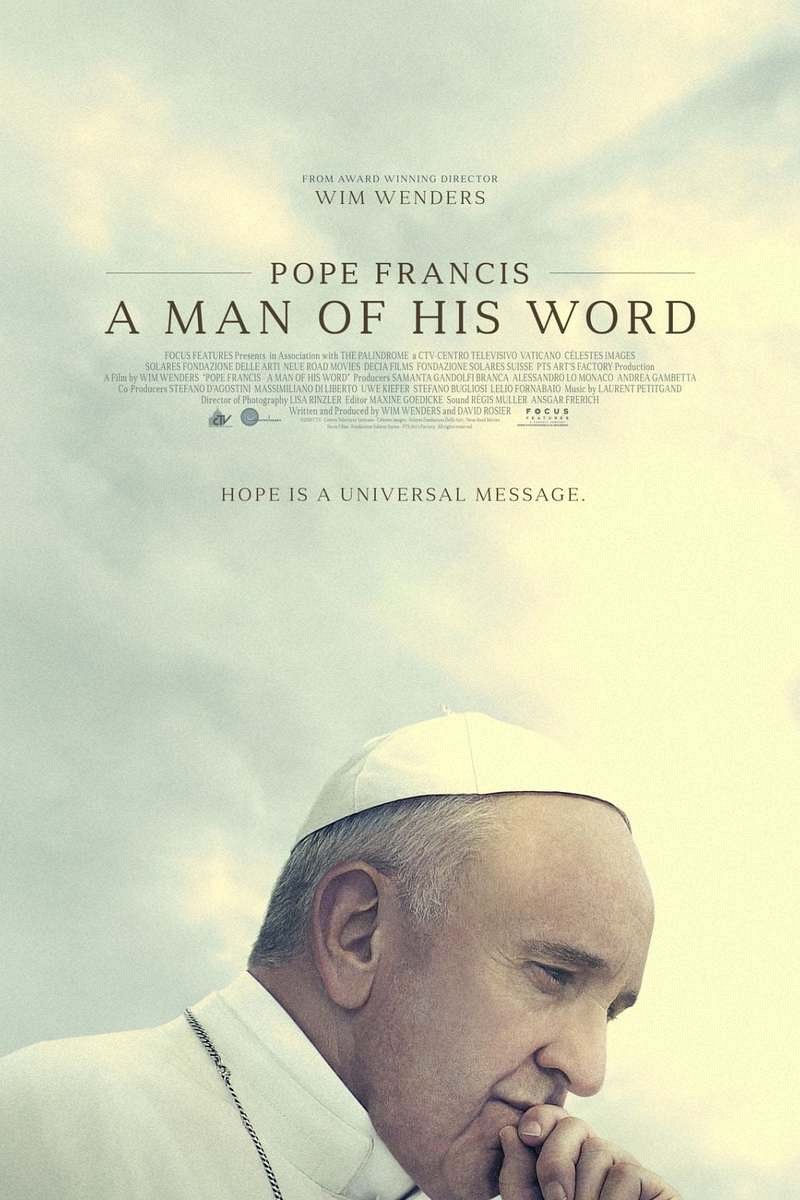 DVD: Pope Francis: A Man of His Word DVD release date is set for December 4, 2018. Dates do change so check back often as the release approaches.

Blu-ray: Pope Francis: A Man of His Word Blu-ray will be available the same day as the DVD. Blu-ray and DVD releases are typically released around 12-16 weeks after the theatrical premiere.

Digital: Pope Francis: A Man of His Word digital release from Amazon Video and iTunes will be available 1-2 weeks before the Blu-ray, DVD, and 4K releases. The estimate release date is November 2018. We will update this page with more details as they become available. The movie has been out for around since its theatrical release.

Pope Francis: A Man of His Word stars Pope FrancisJoe Biden, Daniele De Angelis, Carlo Falconetti. View everything you need to know about the movie below.

Many international figures have gone on “tour”, but few have done a tour quite like this one. Follow Pope Francis as he travels around the world, giving sermons of hope and peace. Despite differences in background, social status, race and ethnicity, everyone has the same problems – and Francis has the answers. During this long, thoughtful journey, the Pope answers today’s biggest problems with humble, simple solutions. He spreads messages of love, hope, peace and faith.

The movie currently has a 5.6 out of 10 IMDb rating and 63 Metascore on Metacritic. We will continue to add and update review scores.