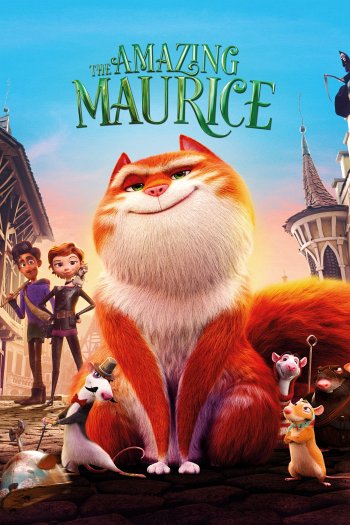 Synopsis:
This story follows Maurice, a goofy streetwise cat, who has the perfect money-making scam. He finds a dumb-looking kid who plays a pipe and has his very own horde of rats, who are strangely literate. The Amazing Maurice (2023) is directed by Toby Genkel, Florian Westermann and will be released on January 6th, 2023.

The Amazing Maurice is scheduled to arrive in movie theaters on January 6, 2023. The film is not released yet. The Amazing Maurice was produced by FFA, Filmförderung Hamburg Schleswig-Holstein, Ulysses Filmproduktion, Narrativia, MEDIA sub-programme of Creative Europe, Red Star 3D, Cantilever Media, Studio Rakete, and Squeeze, with a budget of $17 million and was initially released on January 6, 2023.

When is The Amazing Maurice coming to DVD?

The Amazing Maurice DVD release date is set for April 17, 2023, with Blu-ray available the same day as the DVD release. DVD releases are typically released around 12-16 weeks after the theatrical premiere.

When will The Amazing Maurice be released digitally?

The Amazing Maurice digital release from Amazon Video and iTunes should be available 1-2 weeks before the Blu-ray, DVD, and 4K releases. The estimated VOD release date is April 2023.

The Amazing Maurice is rated Not Rated. The age rating is not available for this movie yet. It has not been rated by the rating board of the MPAA. As a general parental guide, parents should assume the material may be inappropriate for children under 13.