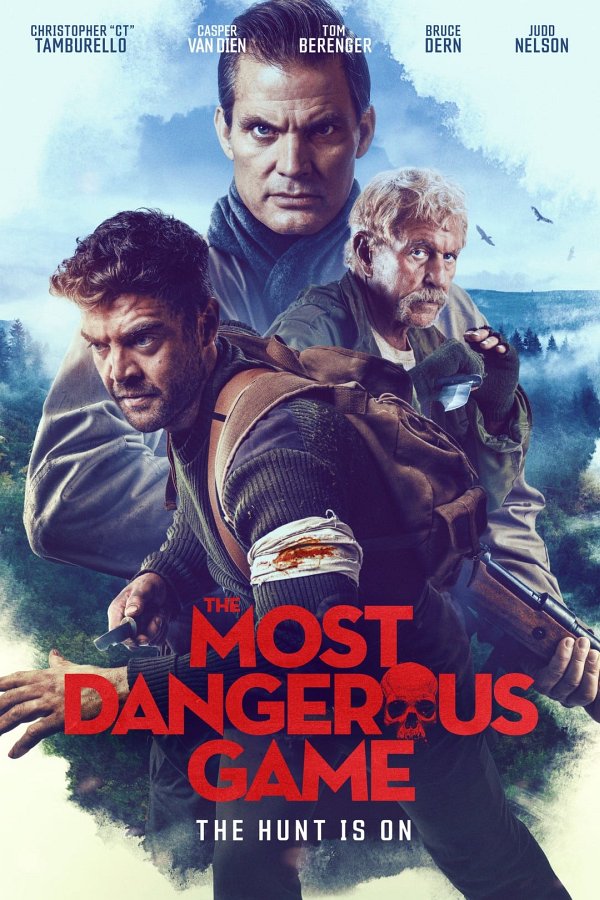 Synopsis:
A father and son are shipwrecked on a remote island where they are caught up in a trophy hunt held by its mysterious owner, a merciless man who uses the land as an elite hunting preserve for stalking the most dangerous game of all… The Most Dangerous Game (2022) is directed by Justin Lee and was released on August 5th, 2022.

The Most Dangerous Game has been released in movie theaters on August 5, 2022. As of today, the movie has been out for around since its theatrical release.

When is The Most Dangerous Game coming to DVD?

The Most Dangerous Game DVD release date is set for November 14, 2022, with Blu-ray available the same day as the DVD release. DVD releases are typically released around 12-16 weeks after the theatrical premiere.

When will The Most Dangerous Game be released digitally?

The Most Dangerous Game digital release from Amazon Video and iTunes should be available 1-2 weeks before the Blu-ray, DVD, and 4K releases. The estimated VOD release date is November 2022.

The Most Dangerous Game is rated Not Rated. The age rating is not available for this movie yet. It has not been rated by the rating board of the MPAA. As a general parental guide, parents should assume the material may be inappropriate for children under 13.

The movie currently has a N/A out of 10 IMDb rating. We will continue to add and update the reviews and scores. Here is where you can stream and purchase the The Most Dangerous Game ⤵