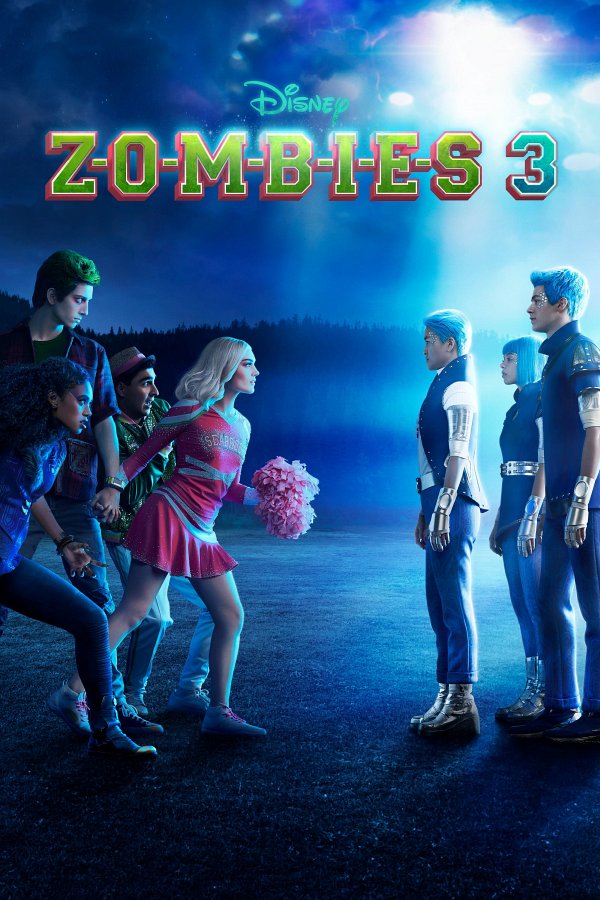 Synopsis:
Zed anticipates an athletic scholarship while Addison is gearing up for Seabrook’s international cheer-off competition. Then suddenly, extraterrestrial beings appear around Seabrook, causing more than friendly competition. Zombies 3 (2022) is directed by Paul Hoen and was released on July 15th, 2022.

When is Zombies 3 coming to DVD?

Zombies 3 DVD release date is set for October 24, 2022, with Blu-ray available the same day as the DVD release. DVD releases are typically released around 12-16 weeks after the theatrical premiere.

When will Zombies 3 be released digitally?

Zombies 3 digital release from Amazon Video and iTunes should be available 1-2 weeks before the Blu-ray, DVD, and 4K releases. The estimated VOD release date is October 2022.

The movie currently has a N/A out of 10 IMDb rating. We will continue to add and update the reviews and scores. Here is where you can stream and purchase the Zombies 3 ⤵