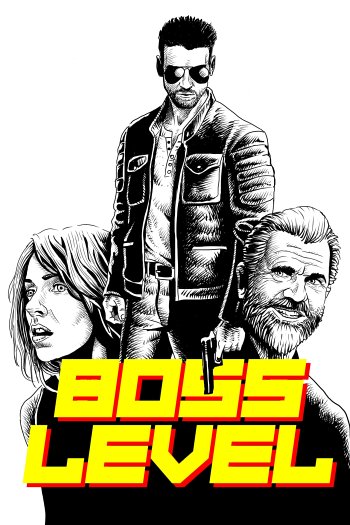 Synopsis:
A retired special forces officer is trapped in a never ending time loop on the day of his death. Boss Level (2021) is directed by Joe Carnahan and was released on Mar 5th, 2021.

Boss Level is scheduled to arrive in cinemas on March 5, 2021. As of today, the movie has been out for around since its theatrical release. Boss Level was produced by WarParty Films, Scott Free Productions, Highland Film Group, Ingenious Media, Paradox Film Group, EFO Films, Big Red Films, Diamond Film Productions, Edver Films, Orca Entertainment Group, River Bay Films, The Fyzz, and WarnerBros Thailand and was initially released on March 5, 2021.

When is Boss Level coming to DVD?

Boss Level DVD release date is set for June 11, 2021, with Blu-ray available the same day as the DVD release. DVD releases are typically released around 12-16 weeks after the theatrical premiere.

When will Boss Level be released digitally?

Boss Level digital release from Amazon Video and iTunes should be available 1-2 weeks before the Blu-ray, DVD, and 4K releases. The estimated VOD release date is June 2021.

Boss Level is rated TV-MA. This program is specifically designed to be viewed by adults and therefore may be unsuitable for children under 17. This program may contain one or more of the following: crude indecent language (L), explicit sexual activity (S), or graphic violence (V).

Here is where you can stream and purchase the Boss Level ⤵