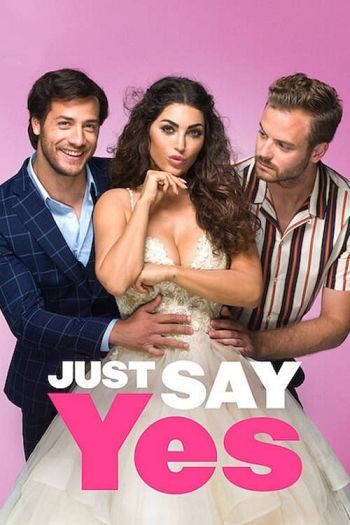 Synopsis:
Incurable romantic Lotte finds her life upended when her plans for a picture-perfect wedding unravel — just as her self-absorbed sister gets engaged.. Just Say Yes (2021) is directed by Appie Boudellah and was released on Apr 2nd, 2021.

When is Just Say Yes coming to DVD?

Just Say Yes DVD release date is set for July 9, 2021, with Blu-ray available the same day as the DVD release. DVD releases are typically released around 12-16 weeks after the theatrical premiere.

When will Just Say Yes be released digitally?

Just Say Yes digital release from Amazon Video and iTunes should be available 1-2 weeks before the Blu-ray, DVD, and 4K releases. The estimated VOD release date is July 2021.

Just Say Yes is rated TV-14. This program contains some material that many parents would find unsuitable for children under 14 years of age. Parents are strongly urged to exercise greater care in monitoring this program and are cautioned against letting children under the age of 14 watch unattended. This program may contain one or more of the following: intensely suggestive dialogue (D), strong coarse language (L), intense sexual situations (S), or intense violence (V).

The movie currently has a 4.3 out of 10 IMDb rating and Metascore from Metacritic is 67. We will continue to add and update the review scores.