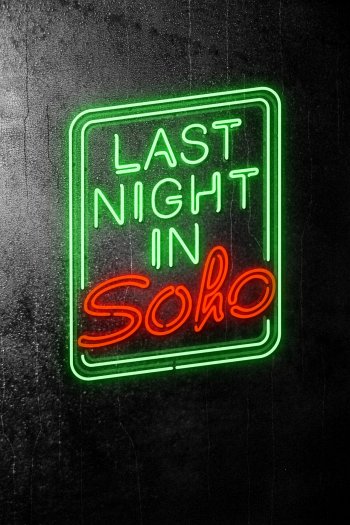 Synopsis:
A young girl, passionate about fashion design, is mysteriously able to enter the 1960s where she encounters her idol, a dazzling wannabe singer. But 1960s London is not what it seems, and time seems to fall apart with shady consequences. Last Night in Soho (2021) is directed by Edgar Wright and will premiere on Oct 22nd, 2021.

Last Night in Soho is scheduled to arrive in movie theaters on October 22, 2021. The film is coming out in roughly .

When is Last Night in Soho coming to DVD?

When will Last Night in Soho be released digitally?

Last Night in Soho digital release from Amazon Video and iTunes should be available 1-2 weeks before the Blu-ray, DVD, and 4K releases. The estimated VOD release date is January 2022.

Last Night in Soho is rated: Unrated. The age rating is not available for this movie yet. It has not been rated by the rating board of the MPAA. As a general parental guide, parents should assume the material may be inappropriate for children under 13.