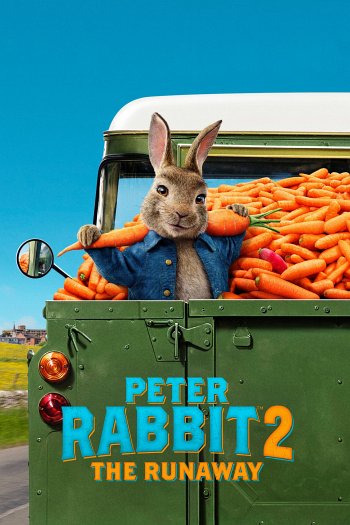 Synopsis:
Thomas and Bea are now married and living with Peter and his rabbit family. Bored of life in the garden, Peter goes to the big city, where he meets shady characters and ends up creating chaos for the whole family. Peter Rabbit 2: The Runaway (2021) is directed by Will Gluck and will premiere on Jul 2nd, 2021.

Peter Rabbit 2: The Runaway is scheduled to arrive in movie theaters on July 2, 2021. The film is coming out in about .

When is Peter Rabbit 2: The Runaway coming to DVD?

When will Peter Rabbit 2: The Runaway be released digitally?

Peter Rabbit 2: The Runaway digital release from Amazon Video and iTunes should be available 1-2 weeks before the Blu-ray, DVD, and 4K releases. The estimated VOD release date is October 2021.