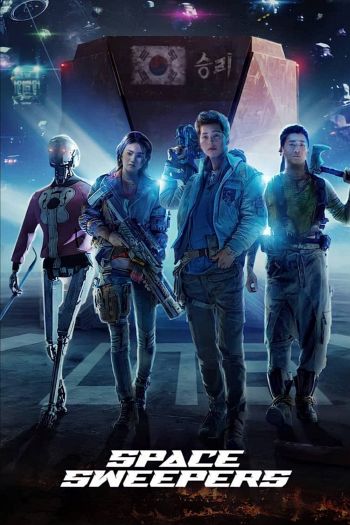 Synopsis:
Set in the year 2092 and follows the crew of a space junk collector ship called The Victory. When they discover a humanoid robot named Dorothy that’s known to be a weapon of mass destruction, they get involved in a risky business deal. Space Sweepers (2021) is directed by Sung-hee Jo and was released on Feb 5th, 2021.

When is Space Sweepers coming to DVD?

Space Sweepers DVD release date is set for May 14, 2021, with Blu-ray available the same day as the DVD release. DVD releases are typically released around 12-16 weeks after the theatrical premiere.

When will Space Sweepers be released digitally?

Space Sweepers digital release from Amazon Video and iTunes should be available 1-2 weeks before the Blu-ray, DVD, and 4K releases. The estimated VOD release date is May 2021.

Space Sweepers is rated TV-MA. This program is specifically designed to be viewed by adults and therefore may be unsuitable for children under 17. This program may contain one or more of the following: crude indecent language (L), explicit sexual activity (S), or graphic violence (V).

Here is where you can stream and purchase the Space Sweepers ⤵