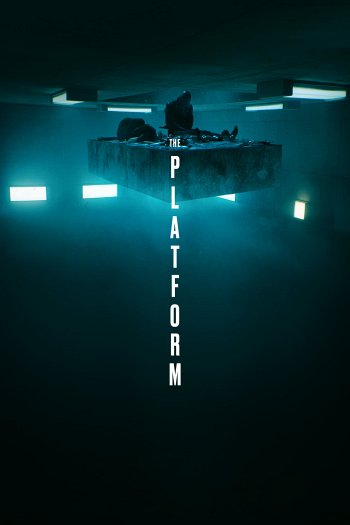 Synopsis:
A vertical prison with one cell per level. Two people per cell. One only food platform and two minutes per day to feed from up to down. An endless nightmare trapped in The Hole. The Platform (2020) is directed by Galder Gaztelu-Urrutia and was released on Mar 20th, 2020.

The Platform is scheduled to arrive in theaters on March 20, 2020. As of today, the movie has been out for around since its theatrical release. The Platform was produced by Basque Films, Mr. Miyagi, Consejería de Cultura del Gobierno Vasco, Instituto de la Cinematografía y de las Artes Audiovisuales (ICAA), TVE, and EiTB and was initially released on March 20, 2020.

When is The Platform coming to DVD?

The Platform DVD release date is set for June 26, 2020, with Blu-ray available the same day as the DVD release. DVD releases are typically released around 12-16 weeks after the theatrical premiere.

When will The Platform be released digitally?

The Platform digital release from Amazon Video and iTunes should be available 1-2 weeks before the Blu-ray, DVD, and 4K releases. The estimated VOD release date is June 2020.

The Platform is rated TV-MA. This program is specifically designed to be viewed by adults and therefore may be unsuitable for children under 17. This program may contain one or more of the following: crude indecent language (L), explicit sexual activity (S), or graphic violence (V).

Here is where you can stream and purchase the The Platform ⤵