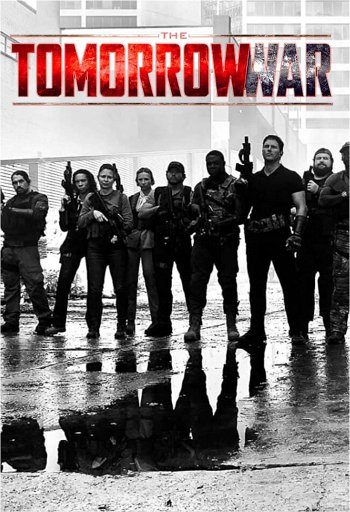 Synopsis:
A man is drafted to fight in a future war where the fate of humanity relies on his ability to confront his past. The Tomorrow War (2021) is directed by Chris McKay and will premiere on Jul 23rd, 2021.

The Tomorrow War is scheduled to arrive in cinemas on July 23, 2021. The film is coming out in around .

When is The Tomorrow War coming to DVD?

When will The Tomorrow War be released digitally?

The Tomorrow War digital release from Amazon Video and iTunes should be available 1-2 weeks before the Blu-ray, DVD, and 4K releases. The estimated VOD release date is October 2021.

The Tomorrow War is rated: Unrated. The age rating is not available for this movie yet. It has not been rated by the rating board of the MPAA. As a general parental guide, parents should assume the material may be inappropriate for children under 13.