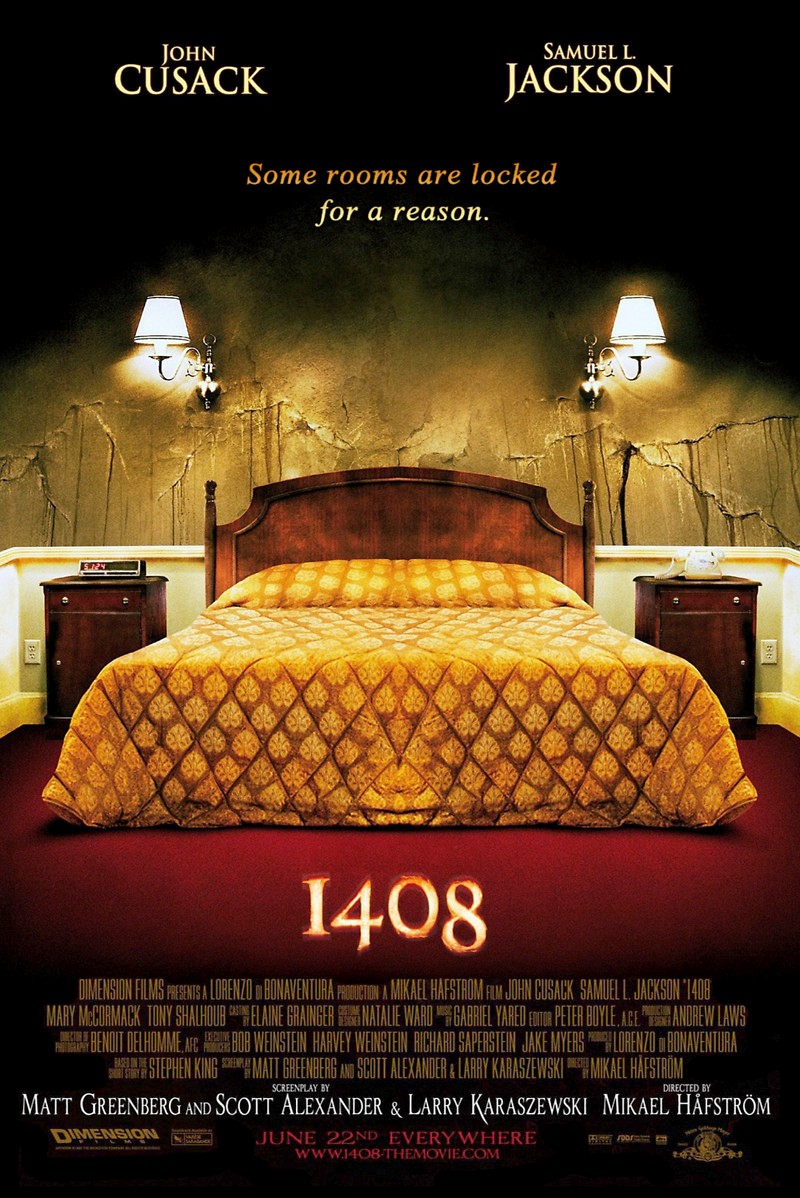 DVD: 1408 DVD release date is set for October 2, 2007. Dates do change so check back often as the release approaches.

Blu-ray: 1408 Blu-ray will be available the same day as the DVD. Blu-ray and DVD releases are typically released around 12-16 weeks after the theatrical premiere.

Digital: 1408 digital release from Amazon Video and iTunes will be available 1-2 weeks before the Blu-ray, DVD, and 4K releases. The estimate release date is September 2007. We will update this page with more details as they become available. The movie has been out for around since its theatrical release.

Mike Enslin, a horror author, has built his career on debunking the urban legends and reports surrounding supposedly haunted hotels. Several disappointments, including his failure to find evidence of genuine paranormal activity, a recent personal tragedy, and his estranged relationship with his wife, have left Mike jaded and skeptical. When he hears of the infamous Room 1408 in New York City’s Dolphin Hotel, he decides to investigate and ends up spending one terrifying night trapped in the room.

1408 DVD/Blu-ray is rated R. R stands for ‘Restricted’, which means children under 17 require accompanying parent or adult guardian. The movie contains some adult material and parents are urged to learn more about the movie.

The movie currently has a 6.8 out of 10 IMDb rating and 64 Metascore on Metacritic. We will continue to add and update review scores.