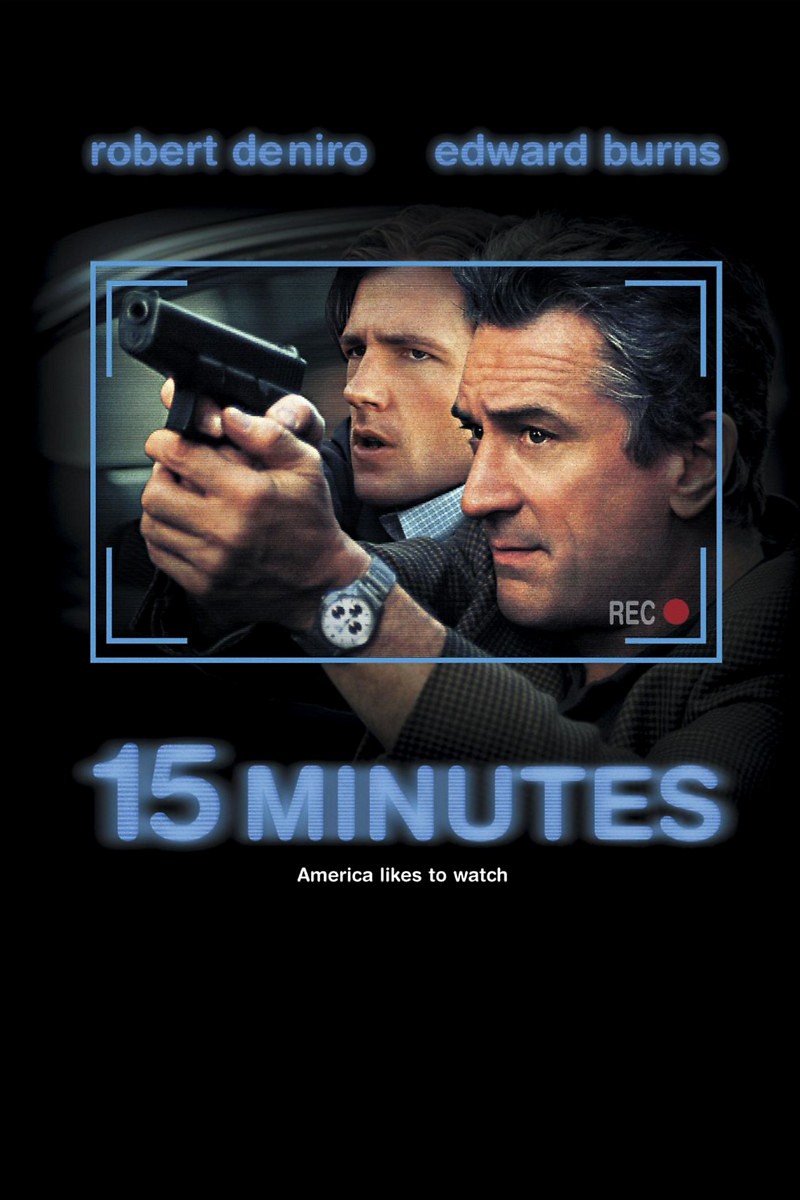 DVD: 15 Minutes DVD release date is set for August 14, 2001. Dates do change so check back often as the release approaches.

Blu-ray: 15 Minutes Blu-ray will be available the same day as the DVD. Blu-ray and DVD releases are typically released around 12-16 weeks after the theatrical premiere.

Digital: 15 Minutes digital release from Amazon Video and iTunes will be available 1-2 weeks before the Blu-ray, DVD, and 4K releases. The estimate release date is August 2001. We will update this page with more details as they become available. The movie has been out for around since its theatrical release.

Ex-cons Emil and Oleg go to New York CIty to meet their contact, who is supposed to pay them their part in a Russian bank robbery. Oleg steals a video camera and the pair go to their former associate’s brownstone. The associate, Milos, admits to spending their share of the spoils, and the duo murders him in retaliation. The two go on to murder a prostitute and become embroiled in a cat-and-mouse game with a NYPD investigations officer. Oleg, a wanna-be filmmaker, tapes their exploits. They are eventually apprehended by police, but the circuitous route taken to get to this juncture is full of action and high drama.

15 Minutes DVD/Blu-ray is rated R. R stands for ‘Restricted’, which means children under 17 require accompanying parent or adult guardian. The movie contains some adult material and parents are urged to learn more about the movie.

The movie currently has a 6.1 out of 10 IMDb rating and 34 Metascore on Metacritic. We will continue to add and update review scores.