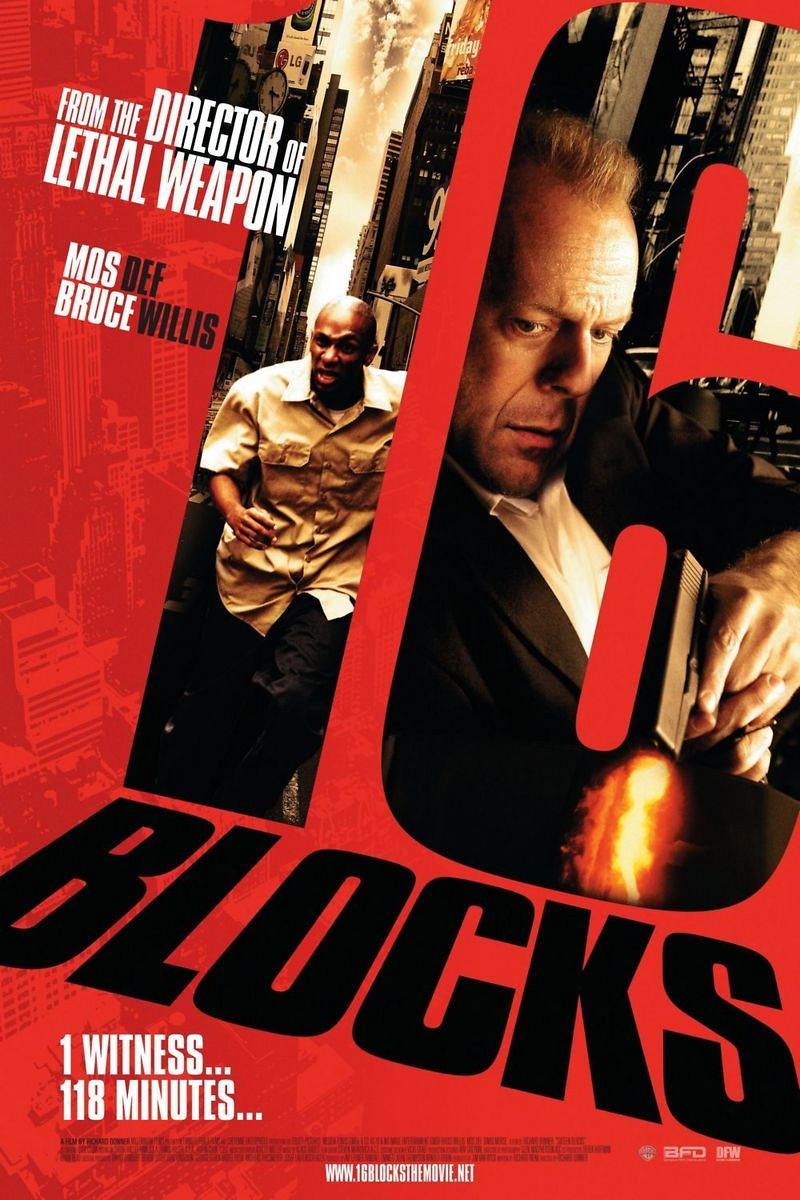 DVD: 16 Blocks DVD release date is set for June 13, 2006. Dates do change so check back often as the release approaches.

Blu-ray: 16 Blocks Blu-ray will be available the same day as the DVD. Blu-ray and DVD releases are typically released around 12-16 weeks after the theatrical premiere.

Digital: 16 Blocks digital release from Amazon Video and iTunes will be available 1-2 weeks before the Blu-ray, DVD, and 4K releases. The estimate release date is June 2006. We will update this page with more details as they become available. The movie has been out for around since its theatrical release.

A detective who is rather burnt out is assigned to a task, which he dislikes. Jack Mosley is charged with the care and transport of a convict who is not only dangerous and fast-talking, but also full of dangerous secrets. He must transport this man only 16 blocks away to a courthouse from the jail he is currently in. However, he soon discovers that the man is meant to testify against the colleagues that Jack Mosley is involved with, therefore leading the entire New York Police Department to descent upon the convict. The choice then sits before Jack Mosley; does he choose his oath of loyalty to protect the witness under his custody, or does he allow his colleagues to kill the witness, all within the small area of 16 city blocks.

16 Blocks DVD/Blu-ray is rated PG-13. Parents are urged to be cautious. Some material may be inappropriate for pre-teenagers (under 13).

The movie currently has a 6.7 out of 10 IMDb rating and 63 Metascore on Metacritic. We will continue to add and update review scores.