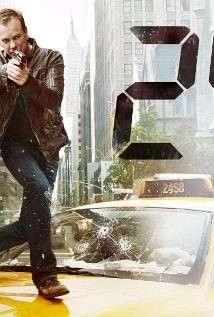 DVD: 24 DVD release date is set for December 14, 2010. Dates do change so check back often as the release approaches.

Blu-ray: 24 Blu-ray will be available the same day as the DVD. Blu-ray and DVD releases are typically released around 12-16 weeks after the theatrical premiere.

Digital: 24 digital release from Amazon Video and iTunes will be available 1-2 weeks before the Blu-ray, DVD, and 4K releases. The estimate release date is December 2010. We will update this page with more details as they become available. The movie has been out for around since its theatrical release.

24 stars Kiefer SutherlandMary Lynn RajskubCarlos Bernard. View everything you need to know about the movie below.

Jack Bauer is an intense, highly-trained operative who works for the Counter Terrorism Unit. When a terrorism crisis presents itself, he’s off and running to thwart the nefarious persons who seek to kill U.S. citizens. As he tracks down those involved, he often finds that the trail of diabolical plotting leads him further into the terrorist cells and into the seedy inner circles of the U.S. government. Jack stops at nothing to gain the necessary information from terrorists, eschewing standard agency protocol in favor of using all means necessary to get the intelligence he needs to thwart terrorists. He relies heavily on cutting edge technology, his computer wizard Chloe O’Brien, and his personal connections with U.S. presidents to prevent American citizens from being subjected to harm and danger.

24 DVD/Blu-ray is rated TV-14. This program contains some material that many parents would find unsuitable for children under 14 years of age. Parents are strongly urged to exercise greater care in monitoring this program and are cautioned against letting children under the age of 14 watch unattended. This program may contain one or more of the following: intensely suggestive dialogue (D), strong coarse language (L), intense sexual situations (S), or intense violence (V).

The movie currently has a 8.5 out of 10 IMDb rating and N/A Metascore on Metacritic. We will continue to add and update review scores.