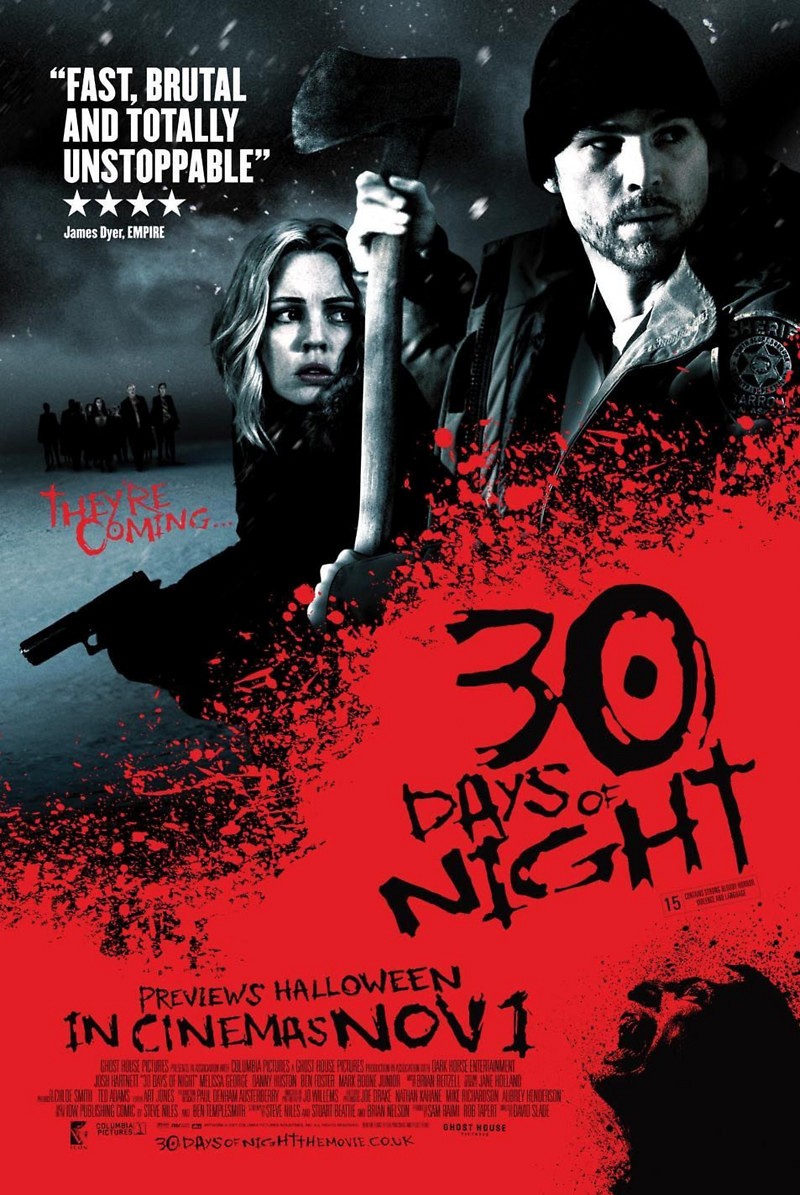 DVD: 30 Days of Night DVD release date is set for February 26, 2008. Dates do change so check back often as the release approaches.

Blu-ray: 30 Days of Night Blu-ray will be available the same day as the DVD. Blu-ray and DVD releases are typically released around 12-16 weeks after the theatrical premiere.

Digital: 30 Days of Night digital release from Amazon Video and iTunes will be available 1-2 weeks before the Blu-ray, DVD, and 4K releases. The estimate release date is February 2008. We will update this page with more details as they become available. The movie has been out for around since its theatrical release.

For one month out of the year the Northern Alaskan town of Barrow is plunged into continuous darkness. Many townspeople head south, not wanting to deal with the perpetual night. The few who remain are puzzled when cell phones disappear, the town’s helicopter is destroyed and several sled dogs are killed. Barrow’s sheriff, Eben Oleson soon arrests a stranger for the crimes. He tells Oleson that he is preparing the town for the arrival of a clan of vampires, who plan on using Barrow as a month-long feeding ground. Oleson, his estranged wife and other members of the two must defend themselves and find some way to destroy the vampires and their seemingly indestructible leader.

30 Days of Night DVD/Blu-ray is rated R. R stands for ‘Restricted’, which means children under 17 require accompanying parent or adult guardian. The movie contains some adult material and parents are urged to learn more about the movie.

The movie currently has a 6.6 out of 10 IMDb rating and 53 Metascore on Metacritic. We will continue to add and update review scores.