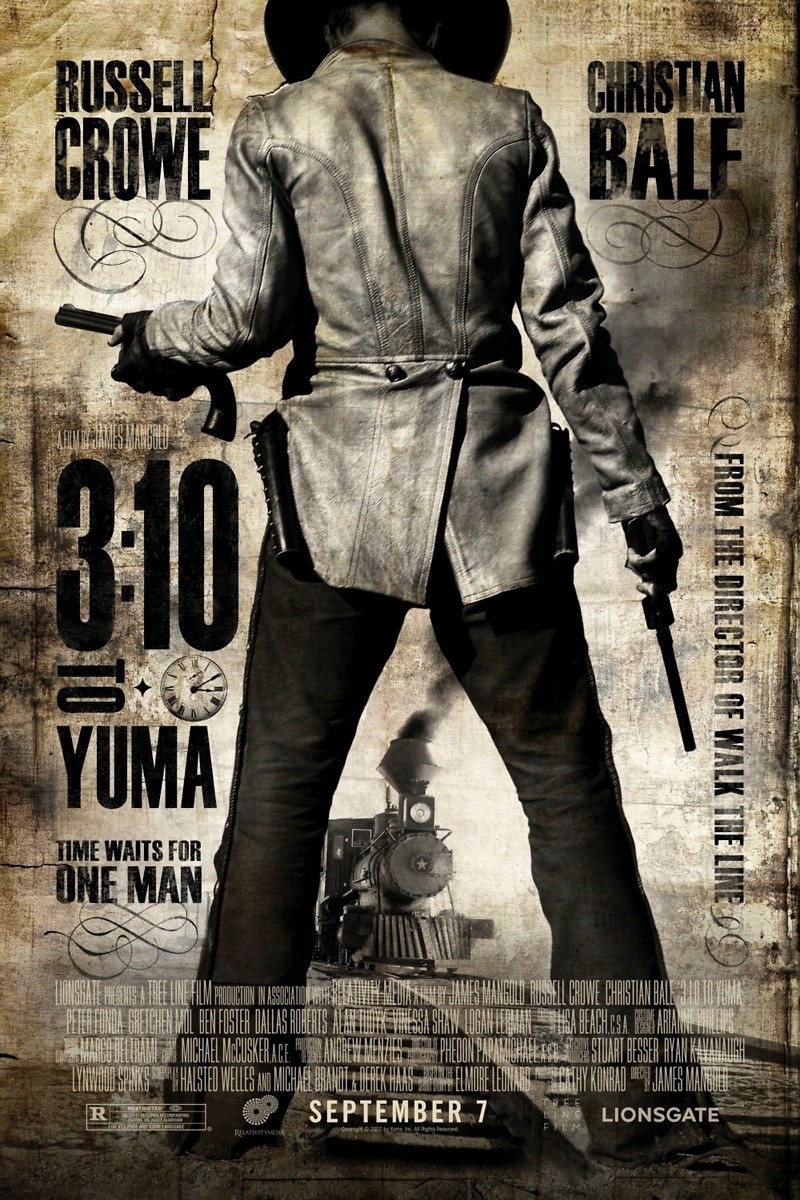 DVD: 3:10 to Yuma DVD release date is set for January 8, 2008. Dates do change so check back often as the release approaches.

Blu-ray: 3:10 to Yuma Blu-ray will be available the same day as the DVD. Blu-ray and DVD releases are typically released around 12-16 weeks after the theatrical premiere.

Digital: 3:10 to Yuma digital release from Amazon Video and iTunes will be available 1-2 weeks before the Blu-ray, DVD, and 4K releases. The estimate release date is December 2007. We will update this page with more details as they become available. The movie has been out for around since its theatrical release.

3:10 to Yuma stars Russell Crowe, Christian Bale, Logan Lerman, Dallas Roberts, Ben Foster. View everything you need to know about the movie below.

Traveling to Bisbee to do what he can to save his ranch, Dan Evans witnesses the latest stagecoach robbery staged by famed outlaw Ben Wade and his gang. When Wade is later captured, Evans volunteers to escort him on the three-day trip to Contention, in order to catch the 3:10 train to Yuma, where Wade will stand trial. Evans knows the trip is dangerous, but the pay is enough to save his land and give him and his family a fresh start. Determined to prove to himself, his son and the rest of the world that he is not in over his head, Evans has to outsmart Wade’s men, bands of Indians and the elements as he leads his charge to his date with destiny.

3:10 to Yuma DVD/Blu-ray is rated R. R stands for ‘Restricted’, which means children under 17 require accompanying parent or adult guardian. The movie contains some adult material and parents are urged to learn more about the movie.

The movie currently has a 7.8 out of 10 IMDb rating and 76 Metascore on Metacritic. We will continue to add and update review scores.