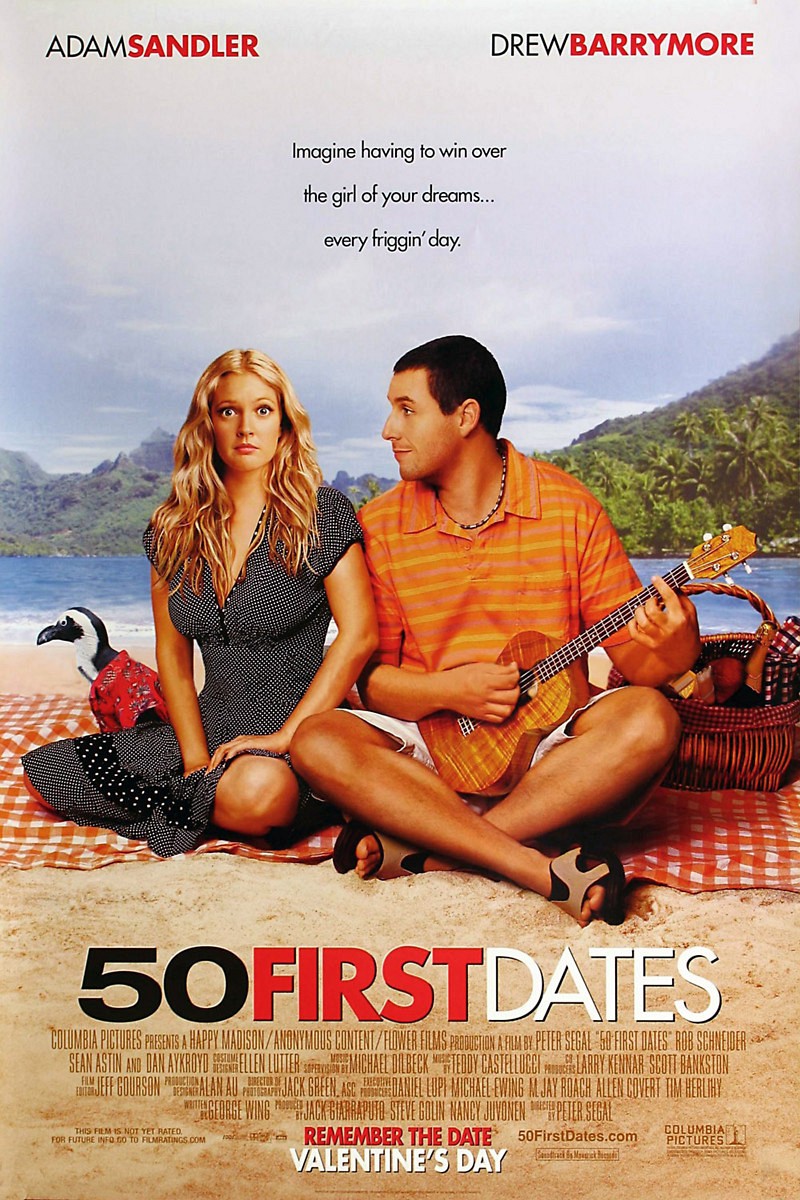 DVD: 50 First Dates DVD release date is set for June 15, 2004. Dates do change so check back often as the release approaches.

Blu-ray: 50 First Dates Blu-ray will be available the same day as the DVD. Blu-ray and DVD releases are typically released around 12-16 weeks after the theatrical premiere.

Digital: 50 First Dates digital release from Amazon Video and iTunes will be available 1-2 weeks before the Blu-ray, DVD, and 4K releases. The estimate release date is June 2004. We will update this page with more details as they become available. The movie has been out for around since its theatrical release.

Adam Sandler and Drew Barrymore, who shared such a sweet romance in the affectionate ’80s send-up “The Wedding Singer,” reunited for “50 First Dates,” a silly but endearing comedy about Lucy, a woman who loses her memory every day thanks to an accident. Henry, the man who falls in love with her, must find a way to woo her while knowing that it is unlikely she will ever remember him the next morning. This tender comedy has the trademark goofiness of an Adam Sandler movie, but these are definitely two characters worth rooting for. The Hawaiian setting makes for a beautiful backdrop, and the cute animals that are incorporated into the story add to the humor. Co-stars include Sean Astin, Rob Schneider and Dan Aykroyd.

50 First Dates DVD/Blu-ray is rated PG-13. Parents are urged to be cautious. Some material may be inappropriate for pre-teenagers (under 13).

The movie currently has a 6.8 out of 10 IMDb rating and 48 Metascore on Metacritic. We will continue to add and update review scores.