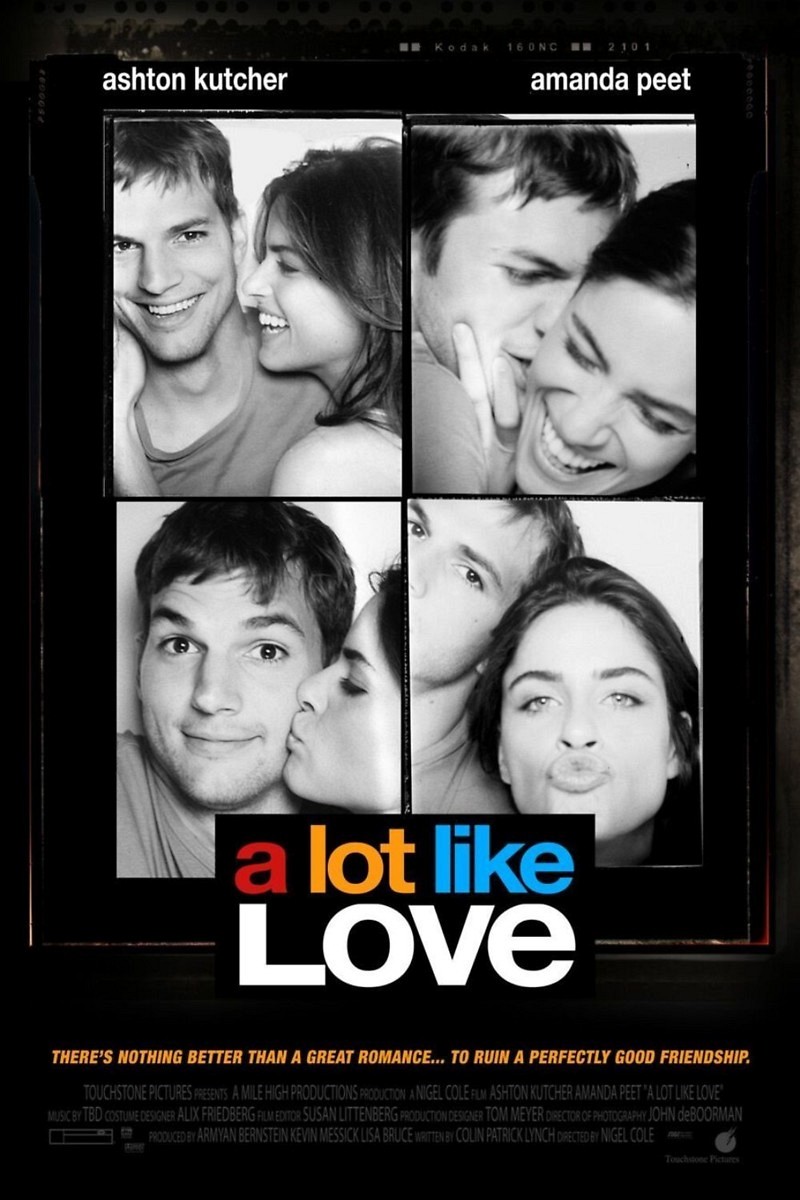 DVD: A Lot Like Love DVD release date is set for August 23, 2005. Dates do change so check back often as the release approaches.

Blu-ray: A Lot Like Love Blu-ray will be available the same day as the DVD. Blu-ray and DVD releases are typically released around 12-16 weeks after the theatrical premiere.

Digital: A Lot Like Love digital release from Amazon Video and iTunes will be available 1-2 weeks before the Blu-ray, DVD, and 4K releases. The estimate release date is August 2005. We will update this page with more details as they become available. The movie has been out for around since its theatrical release.

A Lot Like Love stars Amanda Peet, Ashton Kutcher, Taryn Manning, Aimee Garcia, Lee Garlington. View everything you need to know about the movie below.

Oliver and Emily met when they were seated next to each other on a flight from California to New York. They spent the next few days together in New York City, but when they began discussing their future goals, they realized that they are simply not meant to be together. Oliver is a good boy that dreams of a successful job and raising a family. Emily, on the other hand, is the typical bad girl that does not quite fit into Oliver’s imagined future. Over the next seven years, however, the two continuously cross paths and develop a close friendship. And as they both begin to reach the end of their 20’s, they start to wonder if they missed out on a great life together.

A Lot Like Love DVD/Blu-ray is rated PG-13. Parents are urged to be cautious. Some material may be inappropriate for pre-teenagers (under 13).

The movie currently has a 6.4 out of 10 IMDb rating and 48 Metascore on Metacritic. We will continue to add and update review scores.