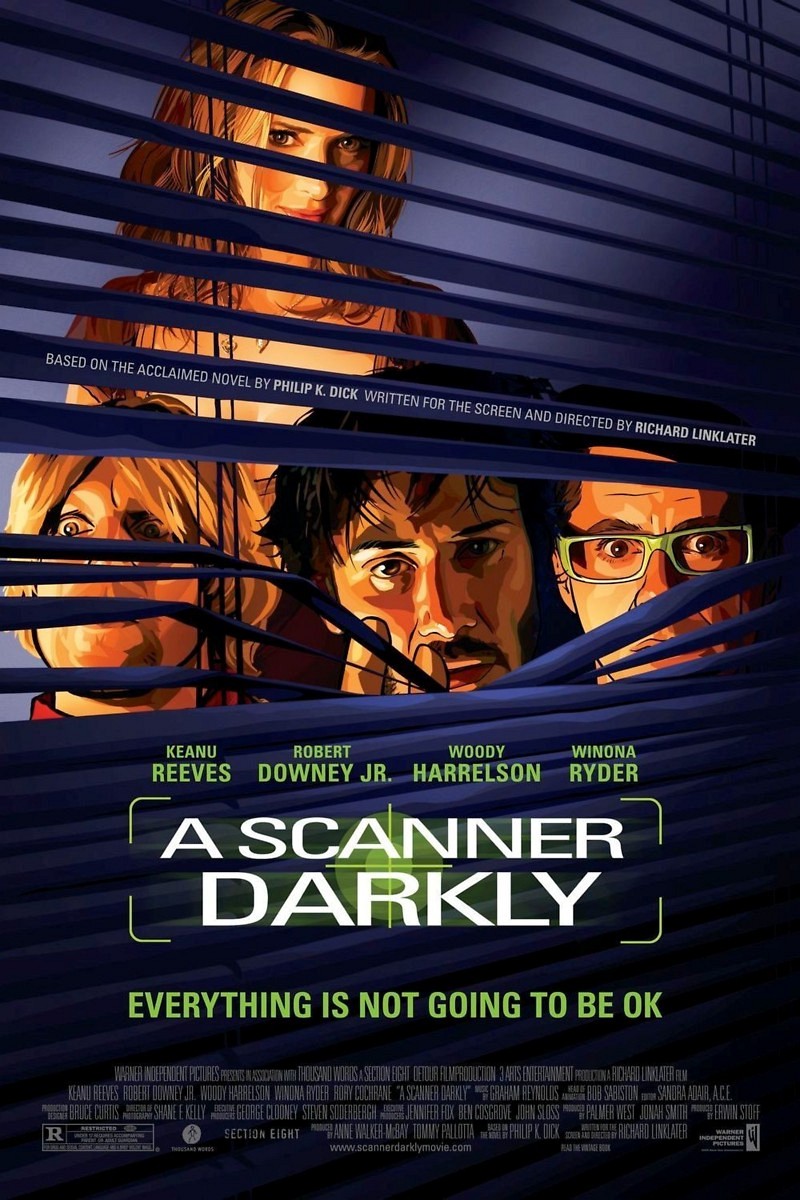 DVD: A Scanner Darkly DVD release date is set for December 19, 2006. Dates do change so check back often as the release approaches.

Blu-ray: A Scanner Darkly Blu-ray will be available the same day as the DVD. Blu-ray and DVD releases are typically released around 12-16 weeks after the theatrical premiere.

Digital: A Scanner Darkly digital release from Amazon Video and iTunes will be available 1-2 weeks before the Blu-ray, DVD, and 4K releases. The estimate release date is December 2006. We will update this page with more details as they become available. The movie has been out for around since its theatrical release.

In the near future, Bob Arctor is an undercover cop trying to stop the supply chain of the hallucinogenic Substance D. Arctor and the other undercover cops as well as Arctor’s superior, Hank, wear devices called scramble suits that hide their identities. Arctor reports to Hank under the name of Fred. Arctor stays in his decaying suburban California house with other addicts growing increasingly addicted himself and paranoid. His sense of identity fragments and he no longer has a sense that Fred and Arctor are the same person particularly after Hank orders Fred to spy on Arctor believing him to be a drug ringleader. Arctor descends further into paranoia as it becomes increasingly clear that no one and nothing is who they seem to be.

A Scanner Darkly DVD/Blu-ray is rated R. R stands for ‘Restricted’, which means children under 17 require accompanying parent or adult guardian. The movie contains some adult material and parents are urged to learn more about the movie.

The movie currently has a 7.1 out of 10 IMDb rating and 73 Metascore on Metacritic. We will continue to add and update review scores.