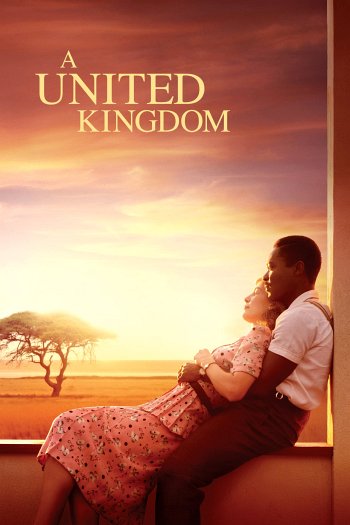 Synopsis:
The story of King Seretse Khama of Botswana and how his loving but controversial marriage to a British white woman, Ruth Williams, put his kingdom into political and diplomatic turmoil. A United Kingdom (2017) is directed by Amma Asante and was released on Feb 10th, 2017.

A United Kingdom is scheduled to arrive in theaters on February 10, 2017. As of today, the movie has been out for around since its theatrical release.

When is A United Kingdom coming to DVD?

A United Kingdom DVD release date is set for June 6, 2017, with Blu-ray available the same day as the DVD release. DVD releases are typically released around 12-16 weeks after the theatrical premiere.

When will A United Kingdom be released digitally?

A United Kingdom digital release from Amazon Video and iTunes should be available 1-2 weeks before the Blu-ray, DVD, and 4K releases. The estimated VOD release date is June 2017.

A United Kingdom is rated PG-13. PG-13 rating means some material may not be suitable for children. Parents are urged to give "parental guidance". May contain some material parents might not like for their young children.