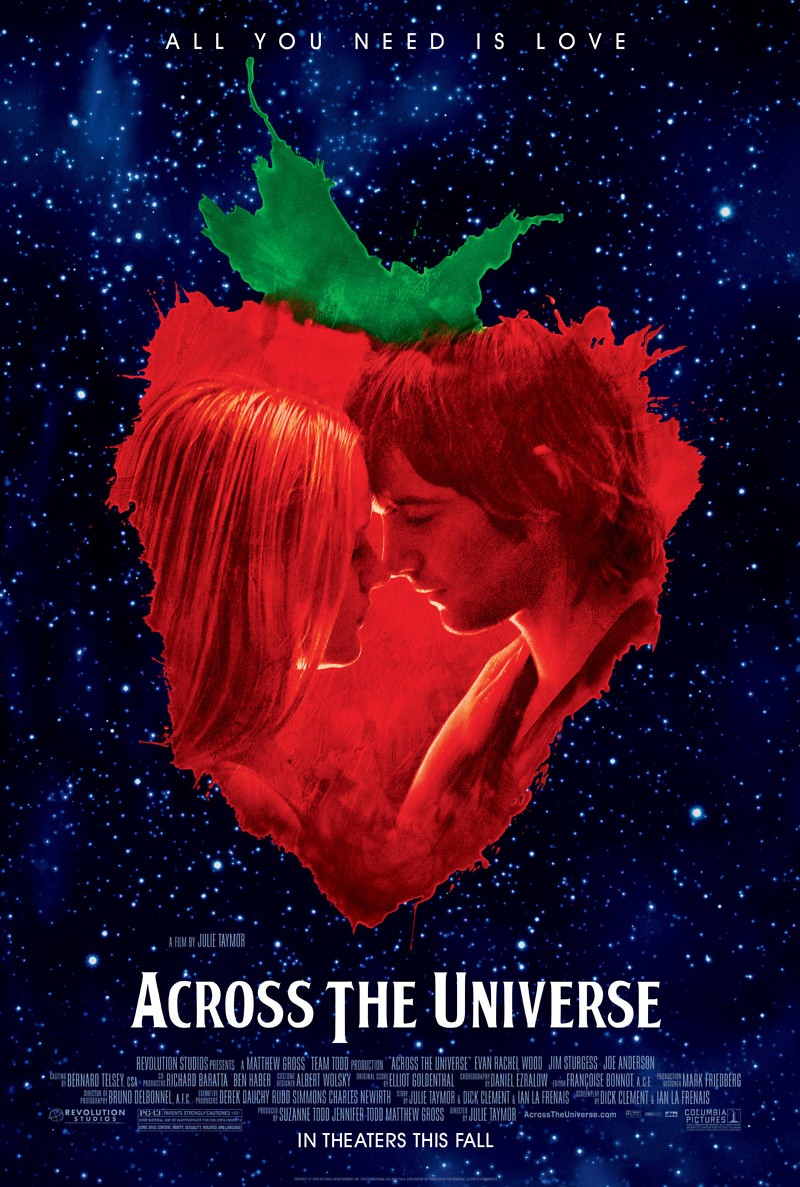 DVD: Across the Universe DVD release date is set for February 5, 2008. Dates do change so check back often as the release approaches.

Blu-ray: Across the Universe Blu-ray will be available the same day as the DVD. Blu-ray and DVD releases are typically released around 12-16 weeks after the theatrical premiere.

Digital: Across the Universe digital release from Amazon Video and iTunes will be available 1-2 weeks before the Blu-ray, DVD, and 4K releases. The estimate release date is January 2008. We will update this page with more details as they become available. The movie has been out for around since its theatrical release.

Across the Universe stars Evan Rachel Wood, Jim Sturgess, Joe Anderson, Dana Fuchs, Martin Luther. View everything you need to know about the movie below.

Jude leaves Liverpool in order to find his father, who he believes is a college professor, in America. When he arrives, he discovers that his father works as a janitor. However, Jude doesnt let this bother him as he soon befriends a college student named Max. Max takes Jude home with him one weekend and introduces Jude to his sister Lucy. Over dinner, Max declares that he is leaving college, and soon after he and Jude move to New York and become part of the anti-war movement. As the Vietnam war rages on, Max and Lucy become involved with one another, but they are tested time and again once Max is drafted into the army.

Across the Universe DVD/Blu-ray is rated PG-13. Parents are urged to be cautious. Some material may be inappropriate for pre-teenagers (under 13).

The movie currently has a 7.4 out of 10 IMDb rating and 56 Metascore on Metacritic. We will continue to add and update review scores.