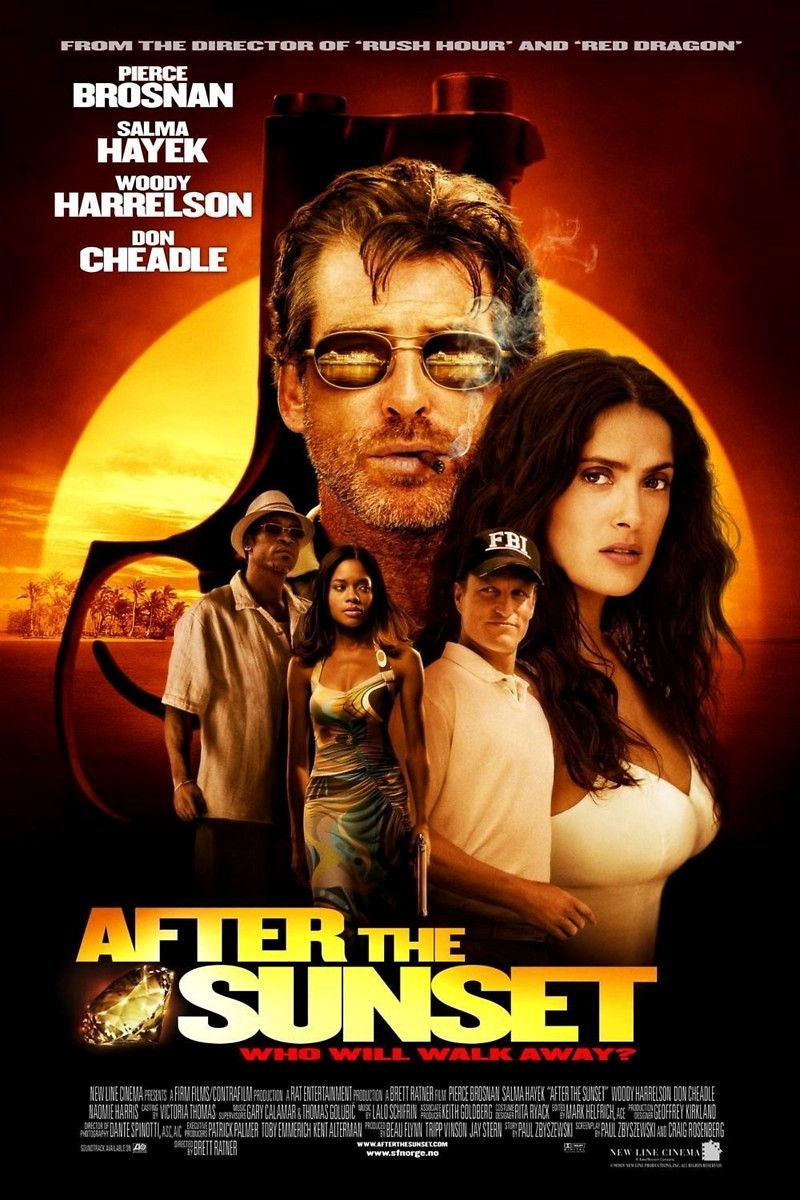 DVD: After the Sunset DVD release date is set for March 29, 2005. Dates do change so check back often as the release approaches.

Blu-ray: After the Sunset Blu-ray will be available the same day as the DVD. Blu-ray and DVD releases are typically released around 12-16 weeks after the theatrical premiere.

Digital: After the Sunset digital release from Amazon Video and iTunes will be available 1-2 weeks before the Blu-ray, DVD, and 4K releases. The estimate release date is March 2005. We will update this page with more details as they become available. The movie has been out for around since its theatrical release.

After the Sunset stars Pierce Brosnan, Salma Hayek, Woody Harrelson, Don Cheadle, Naomie Harris. View everything you need to know about the movie below.

Max and Lola have a history of pursuing one another. One is a master thief who can steal anything, and the other is an FBI agent who is notorious for catching the uncatchable. The Thief makes a deal with the FBI in return for being left alone. So when the Master Thief is returned to an island, the FBI agent must follow in order to make sure that the Thief follows up on the bargain.

After the Sunset DVD/Blu-ray is rated PG-13. Parents are urged to be cautious. Some material may be inappropriate for pre-teenagers (under 13).

The movie currently has a 6.2 out of 10 IMDb rating and 38 Metascore on Metacritic. We will continue to add and update review scores.