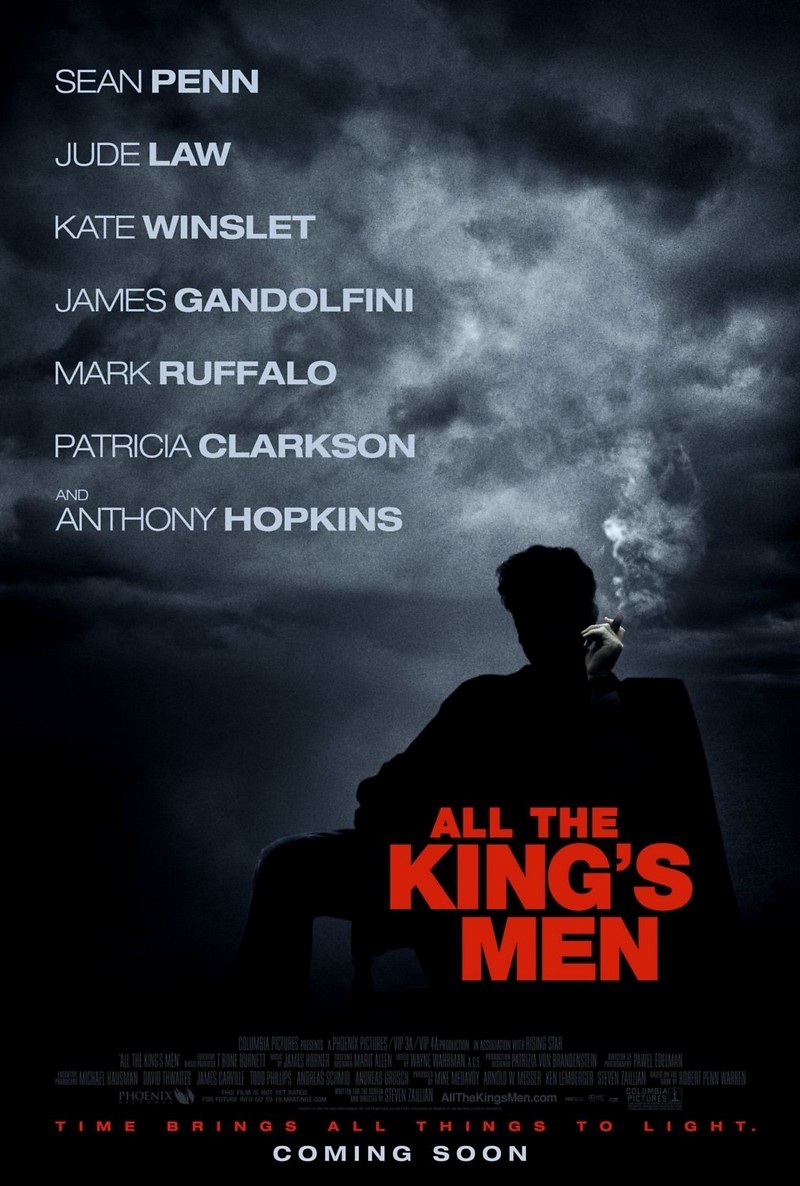 DVD: All the King’s Men DVD release date is set for December 19, 2006. Dates do change so check back often as the release approaches.

Blu-ray: All the King’s Men Blu-ray will be available the same day as the DVD. Blu-ray and DVD releases are typically released around 12-16 weeks after the theatrical premiere.

Digital: All the King’s Men digital release from Amazon Video and iTunes will be available 1-2 weeks before the Blu-ray, DVD, and 4K releases. The estimate release date is December 2006. We will update this page with more details as they become available. The movie has been out for around since its theatrical release.

All the King’s Men stars Sean Penn, Jude Law, Anthony Hopkins, Kate Winslet, Mark Ruffalo. View everything you need to know about the movie below.

When Willie Stark is persuaded to run for governor of Louisiana, he doesnt realize that hes been set up. Those who convince him to run expect him to toe the party line, split the vote and ultimately lose. A local journalist, Jack Burden, helps Stark realize whats happening. Stark decides to turn the campaign around and actually try to get elected. Eventually, Stark becomes governor, but he becomes enamored of power and lets it corrupt him. He bullies Jack into digging up scandal on a local judge who has criticized him, leading to the judges suicide. An angry doctor who believes that the governor is attempting to sabotage a plan for a new hospital ends up with plans for assassination.

All the King’s Men DVD/Blu-ray is rated PG-13. Parents are urged to be cautious. Some material may be inappropriate for pre-teenagers (under 13).

The movie currently has a 6 out of 10 IMDb rating and 37 Metascore on Metacritic. We will continue to add and update review scores.