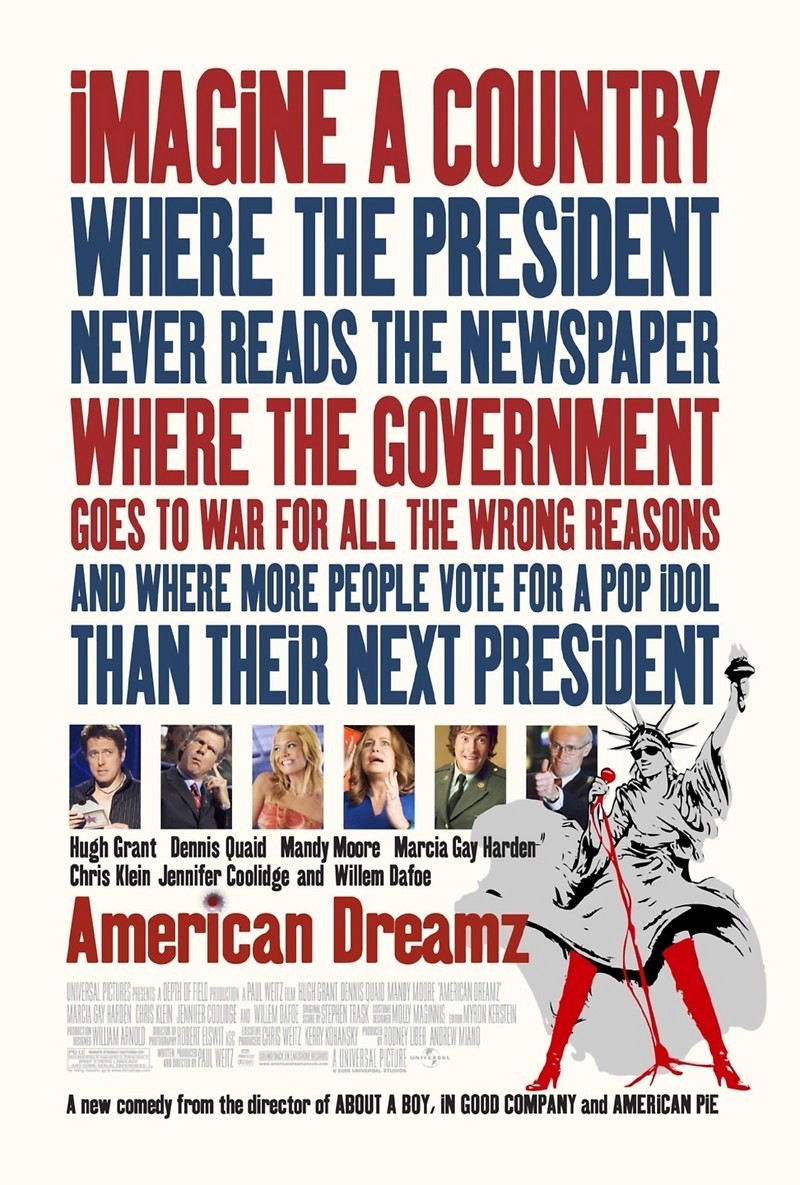 DVD: American Dreamz DVD release date is set for October 17, 2006. Dates do change so check back often as the release approaches.

Blu-ray: American Dreamz Blu-ray will be available the same day as the DVD. Blu-ray and DVD releases are typically released around 12-16 weeks after the theatrical premiere.

Digital: American Dreamz digital release from Amazon Video and iTunes will be available 1-2 weeks before the Blu-ray, DVD, and 4K releases. The estimate release date is October 2006. We will update this page with more details as they become available. The movie has been out for around since its theatrical release.

The television show American Dreamz is one of the biggest hits on television, but the show’s success feels like a prison to its host Martin Tweed. Since he wants nothing more than for the show to come to an end, Tweed decides to populate the new season with a batch of strange and unusual contestants. He includes a girl from the Midwest who sings country songs and a young man from the big city who love show tunes. But what makes this season of American Dreamz the season to watch is the inclusion of a depressed President of the United States as a contestant. President Staton decides to fight his depression by being on American Dreamz and the show will never be the same again.

American Dreamz DVD/Blu-ray is rated PG-13. Parents are urged to be cautious. Some material may be inappropriate for pre-teenagers (under 13).

The movie currently has a 5.6 out of 10 IMDb rating and 45 Metascore on Metacritic. We will continue to add and update review scores.