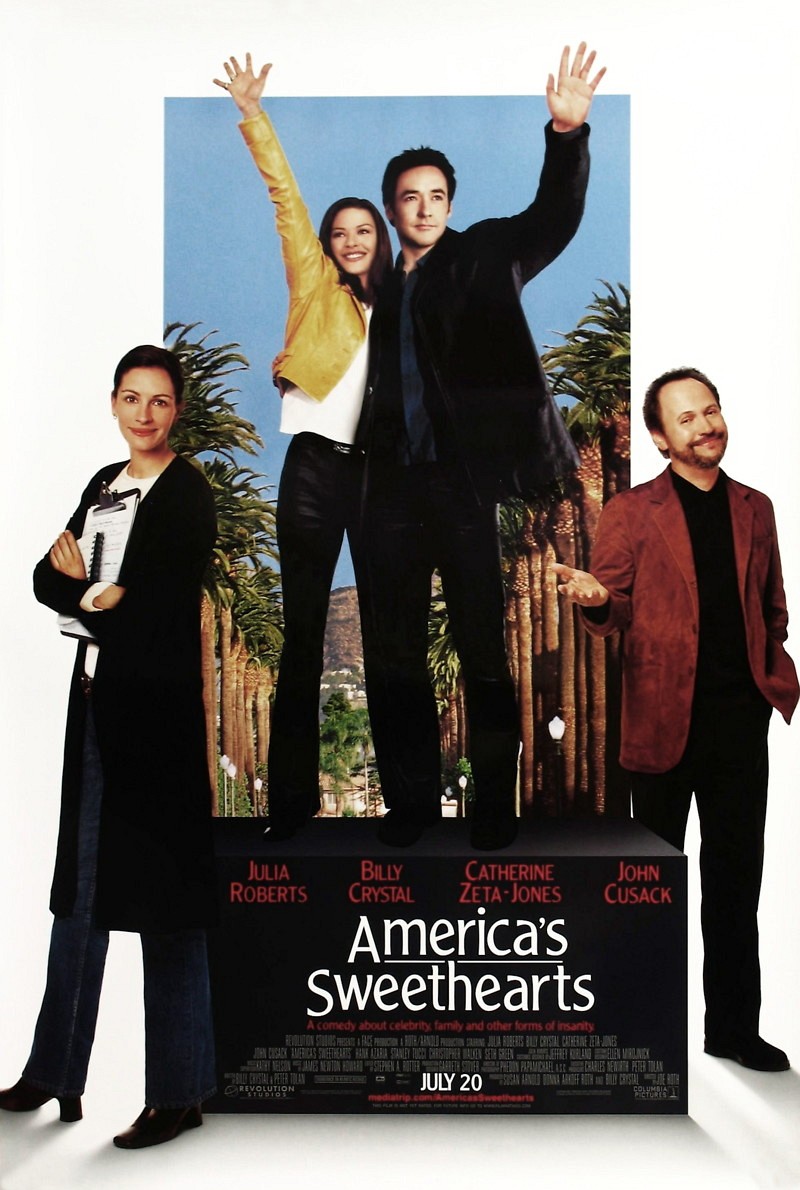 DVD: America’s Sweethearts DVD release date is set for October 30, 2001. Dates do change so check back often as the release approaches.

Blu-ray: America’s Sweethearts Blu-ray will be available the same day as the DVD. Blu-ray and DVD releases are typically released around 12-16 weeks after the theatrical premiere.

Digital: America’s Sweethearts digital release from Amazon Video and iTunes will be available 1-2 weeks before the Blu-ray, DVD, and 4K releases. The estimate release date is October 2001. We will update this page with more details as they become available. The movie has been out for around since its theatrical release.

Gwen and Eddie are America’s sweethearts. Appearing in several movies together, they are the envied couple of the day. With seemingly perfect lives, their pairing sells numerous movie tickets. Gwen is not the perfect wife and Eddie subsequently discovers she is cheating on him. With the pair separated, their movie publicist, Lee, cannot get their next movie off of the ground. He needs to get the two together to sell the movie to the public. Through clever manipulation, Lee gets the estranged couple together. Gwen brings her sister, Kiki, along and asks her to do all the major communication with Eddie during the movie’s publicity period. Kiki, who’s relationship has always been difficult with Gwen, finds herself falling head over heels in love with Eddie.

America’s Sweethearts DVD/Blu-ray is rated PG-13. Parents are urged to be cautious. Some material may be inappropriate for pre-teenagers (under 13).

The movie currently has a 5.6 out of 10 IMDb rating and 44 Metascore on Metacritic. We will continue to add and update review scores.