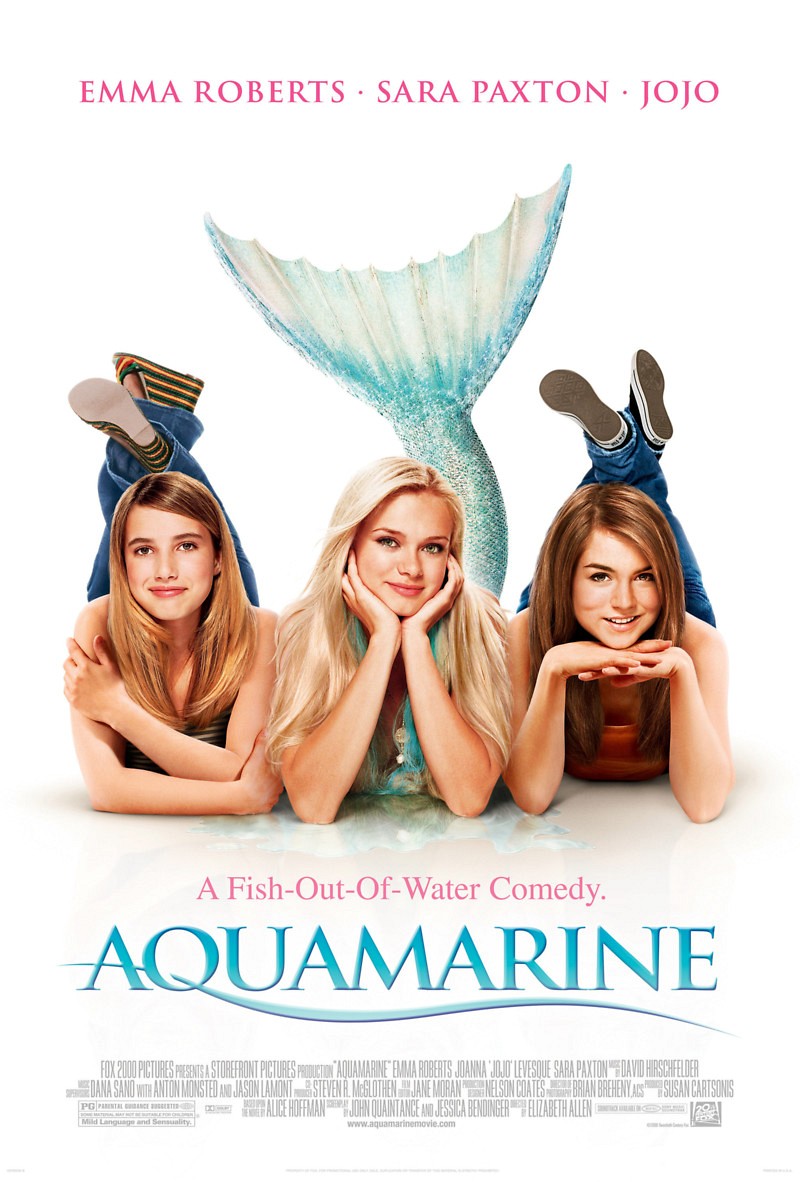 DVD: Aquamarine DVD release date is set for June 13, 2006. Dates do change so check back often as the release approaches.

Blu-ray: Aquamarine Blu-ray will be available the same day as the DVD. Blu-ray and DVD releases are typically released around 12-16 weeks after the theatrical premiere.

Digital: Aquamarine digital release from Amazon Video and iTunes will be available 1-2 weeks before the Blu-ray, DVD, and 4K releases. The estimate release date is June 2006. We will update this page with more details as they become available. The movie has been out for around since its theatrical release.

Aquamarine is a mermaid with a mission. She wants to avoid an arranged marriage by proving to her father that love is not a myth. One night, a huge storm drops Aquamarine in a beach club pool. She is almost immediately greeted by Claire who falls into the pool accidentally. Her friend, Hailey, and handsome crush, Raymond, quickly pull Claire out of the pool. She raves about seeing a mermaid, but the friends do not believe her. As Aquamarine appears to Hailey and Claire with legs, the three team up to confirm that love is real with Raymond as the bait. With Hailey set to move to Australia, Aquamarine and Claire must move fast to keep the three friends together for as long as possible.

The movie currently has a 4.8 out of 10 IMDb rating and 51 Metascore on Metacritic. We will continue to add and update review scores.