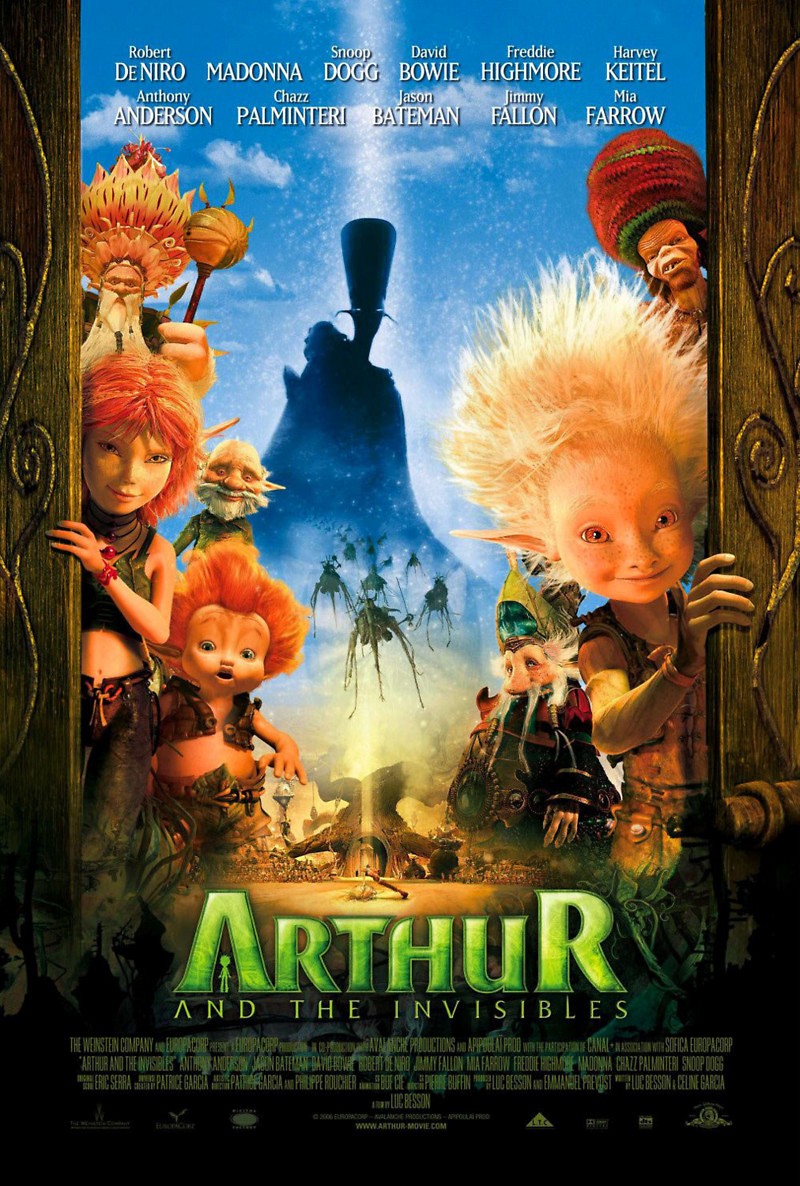 DVD: Arthur and the Invisibles DVD release date is set for May 15, 2007. Dates do change so check back often as the release approaches.

Blu-ray: Arthur and the Invisibles Blu-ray will be available the same day as the DVD. Blu-ray and DVD releases are typically released around 12-16 weeks after the theatrical premiere.

Digital: Arthur and the Invisibles digital release from Amazon Video and iTunes will be available 1-2 weeks before the Blu-ray, DVD, and 4K releases. The estimate release date is May 2007. We will update this page with more details as they become available. The movie has been out for around since its theatrical release.

Arthur and the Invisibles stars Freddie Highmore, Mia Farrow, Ron Crawford, Penny Balfour, Doug Rand. View everything you need to know about the movie below.

Ten-year-old Arthur lives with his grandmother in the sweeping farmhouse she shares with his grandfather, who is currently away from home. The house is in imminent danger of being torn down, and Arthur must come up with a fortune within two days if he is to have any hope of saving the family homestead. Luckily, he has some idea of where he might acquire such a fortune. Arthur knows that close to the house is a community of tiny people called Minimoys. They house a great treasure, but Arthur will have to undertake a dangerous quest in order to get it. Can he find the courage within himself to battle the villain plotting to thwart him and retrieve the rubies that will help his grandparents?

The movie currently has a 6 out of 10 IMDb rating and 39 Metascore on Metacritic. We will continue to add and update review scores.