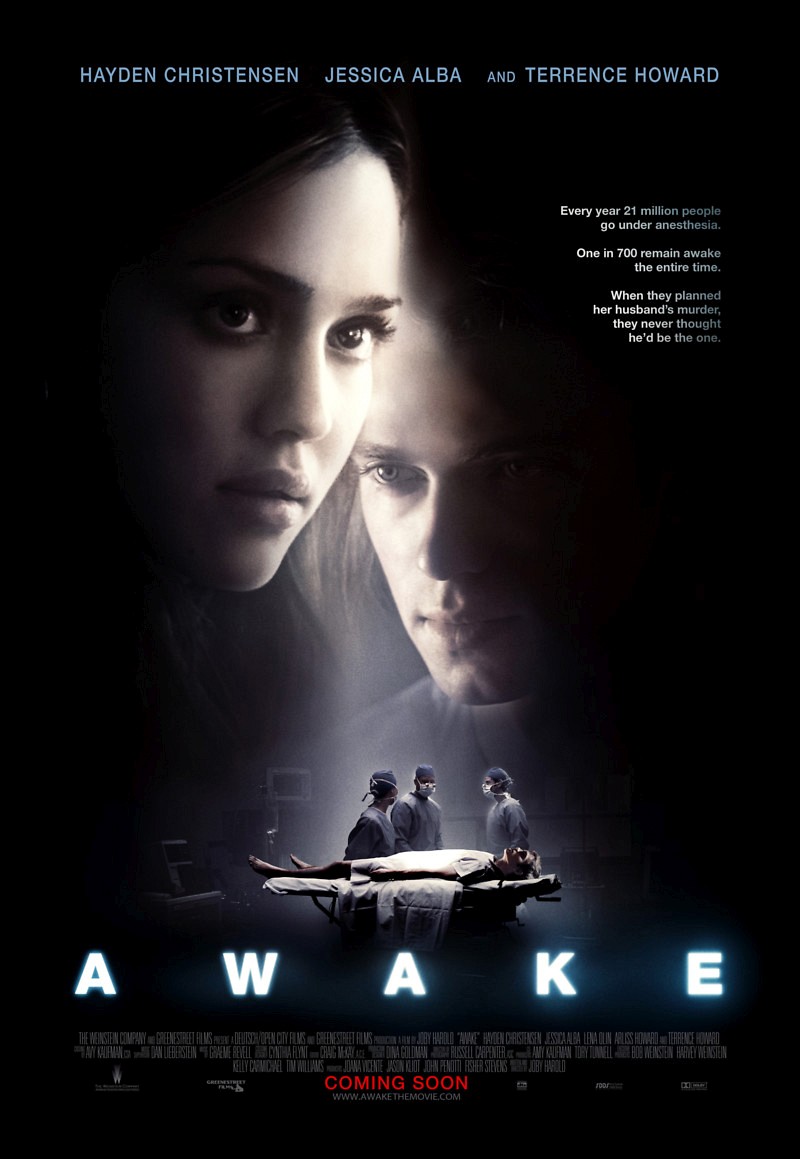 DVD: Awake DVD release date is set for March 4, 2008. Dates do change so check back often as the release approaches.

Blu-ray: Awake Blu-ray will be available the same day as the DVD. Blu-ray and DVD releases are typically released around 12-16 weeks after the theatrical premiere.

Digital: Awake digital release from Amazon Video and iTunes will be available 1-2 weeks before the Blu-ray, DVD, and 4K releases. The estimate release date is February 2008. We will update this page with more details as they become available. The movie has been out for around since its theatrical release.

In this suspense-filled psychological thriller, twenty-two year old newlywed Clay Beresford suffers awareness while having heart surgery performed by a physician who is also his friend. Paralyzed yet able to feel and hear everything around him, Clays intense level of pain drives him to have an out of body experience in which he discovers a murder plot and deception that he was formerly unaware of. As he moves around in his out of body state, he sees and hears things that help him piece together whats really going on around him. Both his new wife and his mother must make choices that could affect the outcome of Clays surgery.

Awake DVD/Blu-ray is rated R. R stands for ‘Restricted’, which means children under 17 require accompanying parent or adult guardian. The movie contains some adult material and parents are urged to learn more about the movie.

The movie currently has a 6.5 out of 10 IMDb rating and 33 Metascore on Metacritic. We will continue to add and update review scores.