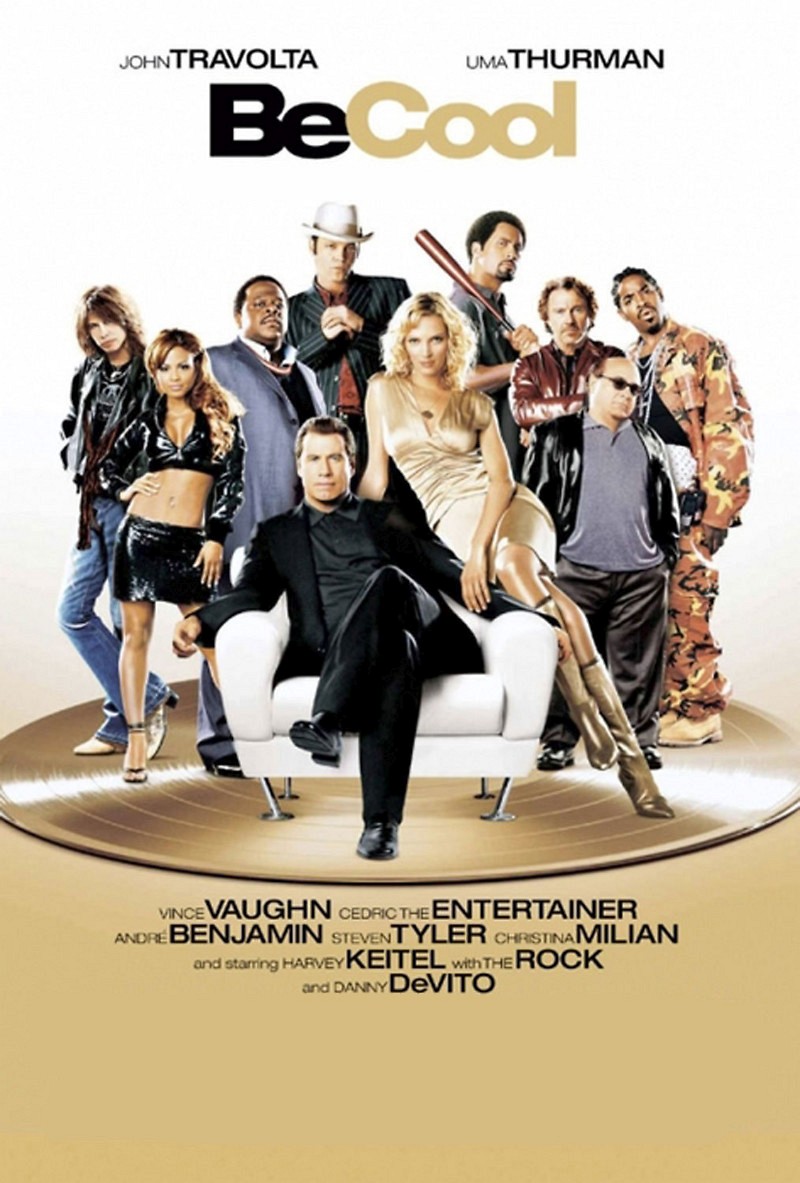 DVD: Be Cool DVD release date is set for June 7, 2005. Dates do change so check back often as the release approaches.

Blu-ray: Be Cool Blu-ray will be available the same day as the DVD. Blu-ray and DVD releases are typically released around 12-16 weeks after the theatrical premiere.

Digital: Be Cool digital release from Amazon Video and iTunes will be available 1-2 weeks before the Blu-ray, DVD, and 4K releases. The estimate release date is May 2005. We will update this page with more details as they become available. The movie has been out for around since its theatrical release.

Be Cool stars John Travolta, Uma Thurman, Vince Vaughn, Cedric the Entertainer, André Benjamin. View everything you need to know about the movie below.

Chili Palmer, former mobster now turned movie producer, is back. However, Chili is done with the movies and wants to try his hand in another industry, the music industry. After finding a young, talented singer named Linda Moon, Chili takes her under his wing. Taking her from nothing to an overnight star does not prove to be an easy job. This goes double since there are people in the industry who prefer Chili not to be there. Along the way he gets mixed up with want-to-be gangsta rappers and even Russian mobsters. Chili has to overcome all of this and get Linda Moon on stage with Aerosmith during the MTV Music Awards, as he knows this is her express ticket to becoming a music legend.

Be Cool DVD/Blu-ray is rated PG-13. Parents are urged to be cautious. Some material may be inappropriate for pre-teenagers (under 13).

The movie currently has a 5.6 out of 10 IMDb rating and 37 Metascore on Metacritic. We will continue to add and update review scores.