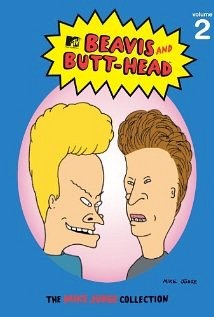 DVD: Beavis and Butt-Head DVD release date is set for February 14, 2012. Dates do change so check back often as the release approaches.

Blu-ray: Beavis and Butt-Head Blu-ray will be available the same day as the DVD. Blu-ray and DVD releases are typically released around 12-16 weeks after the theatrical premiere.

Digital: Beavis and Butt-Head digital release from Amazon Video and iTunes will be available 1-2 weeks before the Blu-ray, DVD, and 4K releases. The estimate release date is February 2012. We will update this page with more details as they become available. The movie has been out for around since its theatrical release.

Beavis and Butt-Head stars Mike JudgeDale RevoKristofor Brown. View everything you need to know about the movie below.

In the community of Highland lives two teenage boys, named Beavis and Butt-head. They are best friends, and seem to share their limited intellect regarding music videos and sex. Their day is mostly consumed by sitting in front of the television judging music videos. They may create a funny storyline about the video’s characters, or simply state that the whole thing “sucks” or is completely “cool.” In either case, neither of the boys leave the couch for very long. On the off chance that Beavis and Butt-head actually attend school, it is usually not safe to be around them. Science labs explode, and even simple conversations in class or the hallways become laden with sexual ambiguity and shock. As the boys find their way through high school, they must band together to survive the wild ride.

Beavis and Butt-Head DVD/Blu-ray is rated TV-14. This program contains some material that many parents would find unsuitable for children under 14 years of age. Parents are strongly urged to exercise greater care in monitoring this program and are cautioned against letting children under the age of 14 watch unattended. This program may contain one or more of the following: intensely suggestive dialogue (D), strong coarse language (L), intense sexual situations (S), or intense violence (V).