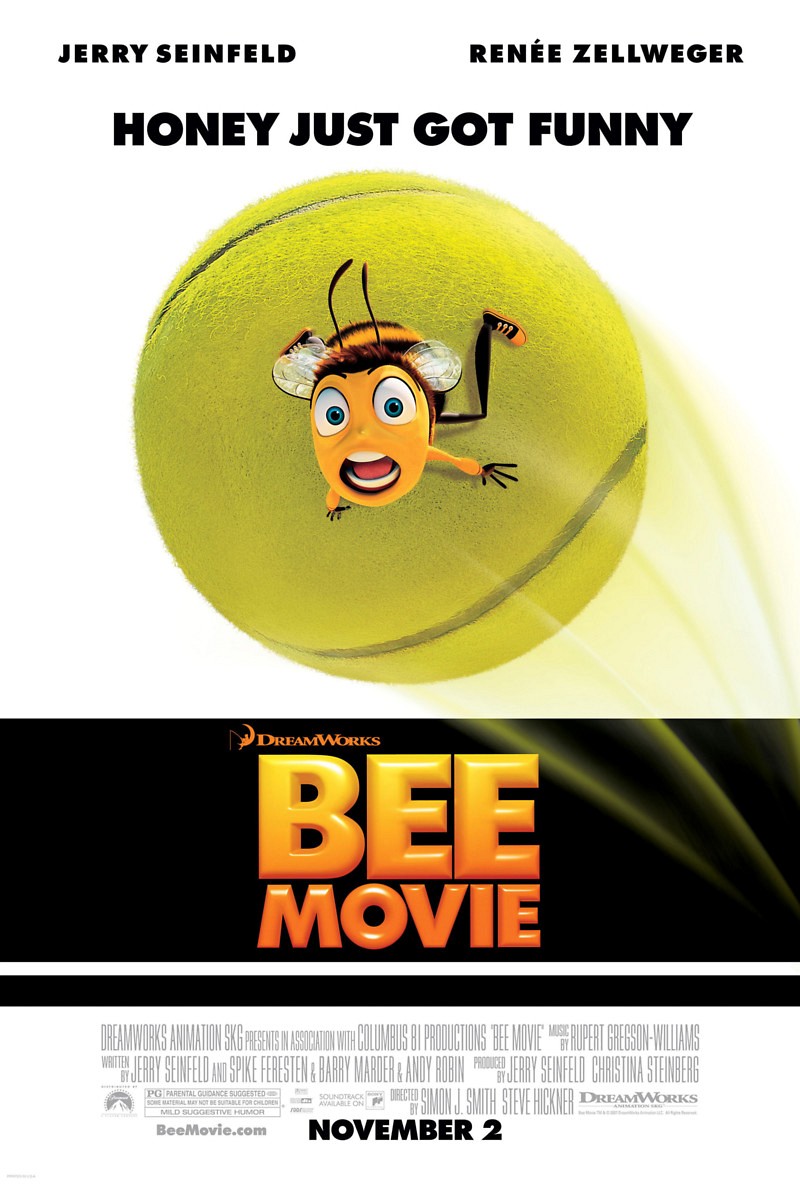 DVD: Bee Movie DVD release date is set for March 11, 2008. Dates do change so check back often as the release approaches.

Blu-ray: Bee Movie Blu-ray will be available the same day as the DVD. Blu-ray and DVD releases are typically released around 12-16 weeks after the theatrical premiere.

Digital: Bee Movie digital release from Amazon Video and iTunes will be available 1-2 weeks before the Blu-ray, DVD, and 4K releases. The estimate release date is March 2008. We will update this page with more details as they become available. The movie has been out for around since its theatrical release.

Jerry Seinfeld wrote and starred in the computer-animated movie “Bee Movie,” which focuses on a bee named Barry who is dissatisfied with the monotonous nature of traditional bee life. He yearns for wider opportunities, and he gets them when a trip outside the hive leads him to New York City and a close friendship with a florist named Vanessa (Renee Zellweger). It is here that he devises his plan to sue humanity for its unauthorized use of honey. This film is part quirky comedy and part environmental statement. It encourages its viewers to think about the interconnectedness of species and to stop wanton materialism and exploitation of natural resources. It also features the vocal talents of Matthew Broderick, Patrick Warburton, John Goodman and Chris Rock.

The movie currently has a 6.2 out of 10 IMDb rating and 54 Metascore on Metacritic. We will continue to add and update review scores.