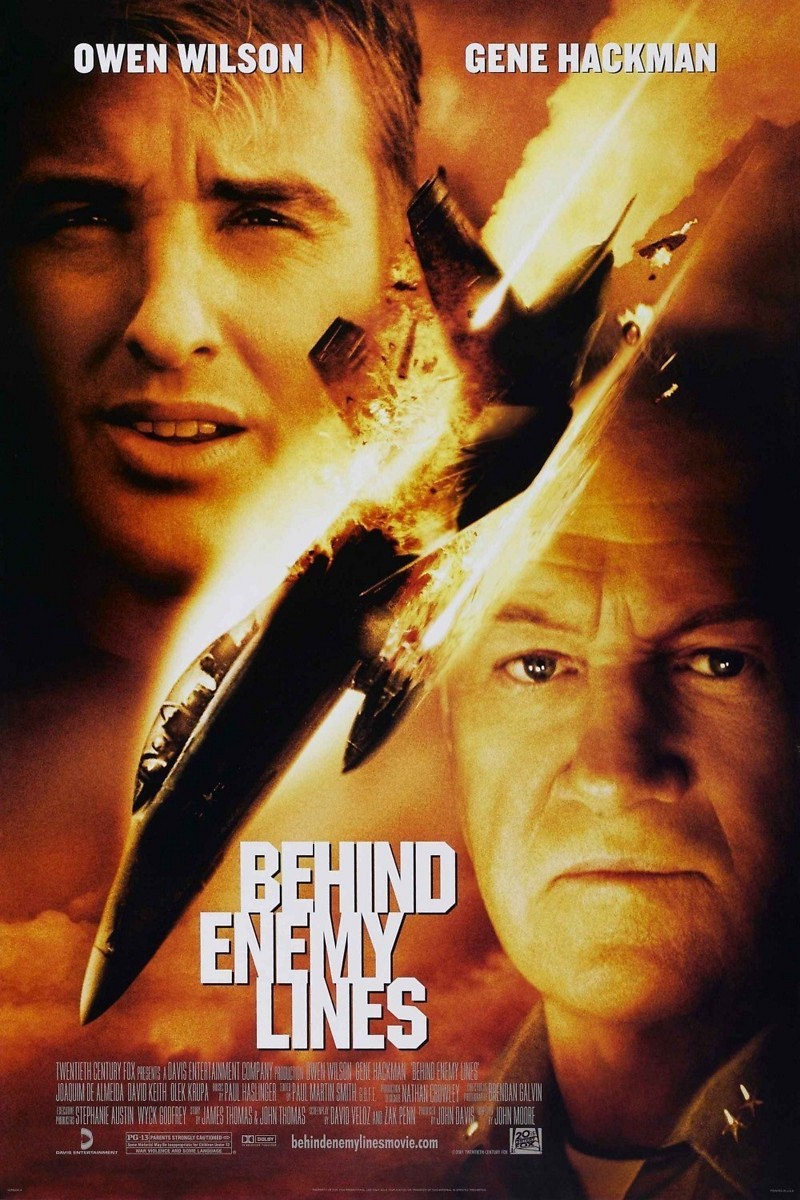 DVD: Behind Enemy Lines DVD release date is set for April 23, 2002. Dates do change so check back often as the release approaches.

Blu-ray: Behind Enemy Lines Blu-ray will be available the same day as the DVD. Blu-ray and DVD releases are typically released around 12-16 weeks after the theatrical premiere.

Digital: Behind Enemy Lines digital release from Amazon Video and iTunes will be available 1-2 weeks before the Blu-ray, DVD, and 4K releases. The estimate release date is April 2002. We will update this page with more details as they become available. The movie has been out for around since its theatrical release.

Disappointed with his career in the Navy, Lt. Chris Burnett finds himself seeking for a way to get out. During a reconnaissance mission with his buddy Lt. Jeremy Stackhouse, the duo spots a mysterious target which turns out to be a mass grave site. Their deviation causes them to get shot down, resulting in the death of Stackhouse. Burnett now has to flee and learn how to survive by himself while waiting for rescue. The problem is, his commanding officer cant get the approval he needs to launch a search and rescue mission. Burnett must fend for himself and learn how to survive in a land riddled with land mines and soldiers all out to get him. Will his will to live prevail, or will he find himself suffering the same fate as his fallen comrade?

Behind Enemy Lines DVD/Blu-ray is rated PG-13. Parents are urged to be cautious. Some material may be inappropriate for pre-teenagers (under 13).

The movie currently has a 6.2 out of 10 IMDb rating and 49 Metascore on Metacritic. We will continue to add and update review scores.