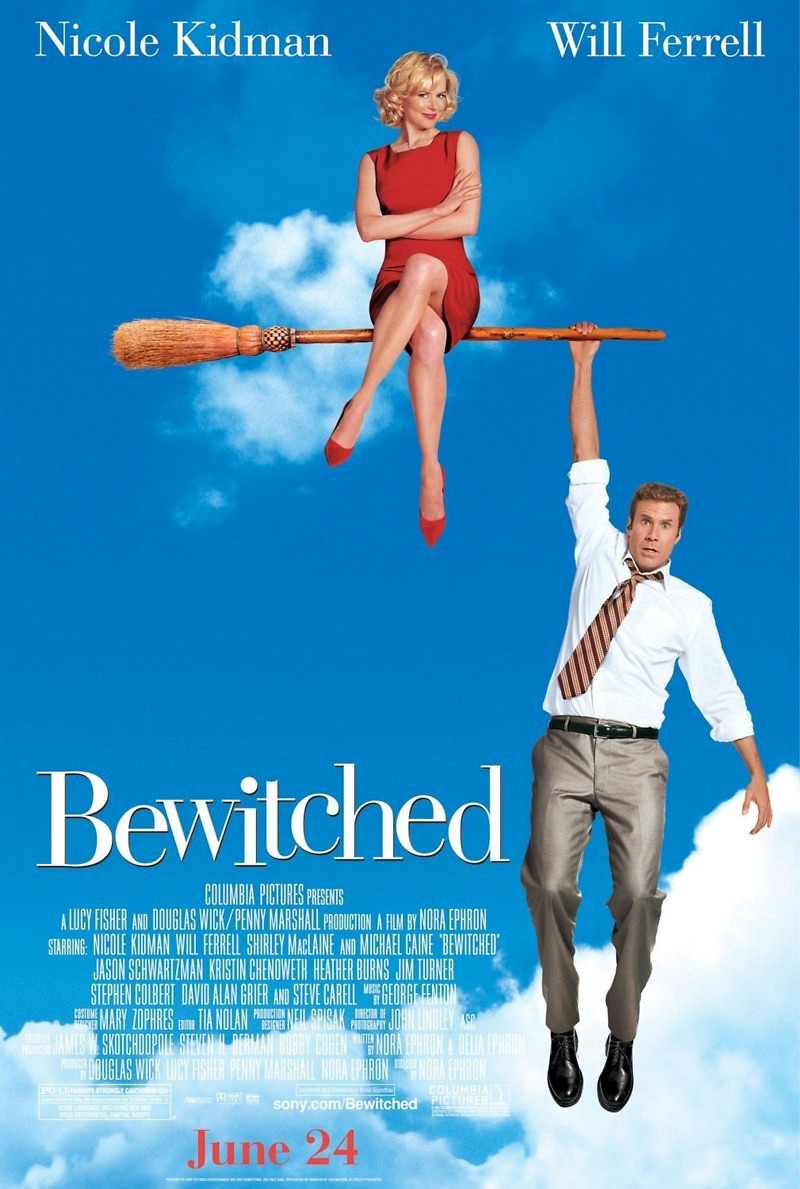 DVD: Bewitched DVD release date is set for October 25, 2005. Dates do change so check back often as the release approaches.

Blu-ray: Bewitched Blu-ray will be available the same day as the DVD. Blu-ray and DVD releases are typically released around 12-16 weeks after the theatrical premiere.

Digital: Bewitched digital release from Amazon Video and iTunes will be available 1-2 weeks before the Blu-ray, DVD, and 4K releases. The estimate release date is October 2005. We will update this page with more details as they become available. The movie has been out for around since its theatrical release.

Bewitched stars Nicole Kidman, Will Ferrell, Shirley MacLaine, Michael Caine, Jason Schwartzman. View everything you need to know about the movie below.

In this quirky romantic comedy, Jack Wyatt is an actor with an inflated ego who is offered to play the part of Darrin Stevens in a remake of the classic television series Bewitched. He insists that an unknown actress play the role of Samantha. He meets Isabel Bigelow in a bookstore. She has newly moved to the area, and is looking for a job. Jack encourages her to audition for the part of Samantha, not knowing that Isabel is an actual witch. She lands the role, and discovers that Jack and his agent tricked her into accepting a part with no lines. Jack soon learns that he has messed with the wrong witch, as hexes and spells abound.

Bewitched DVD/Blu-ray is rated PG-13. Parents are urged to be cautious. Some material may be inappropriate for pre-teenagers (under 13).

The movie currently has a 4.8 out of 10 IMDb rating and 34 Metascore on Metacritic. We will continue to add and update review scores.