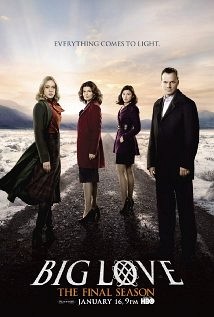 DVD: Big Love DVD release date is set for December 6, 2011. Dates do change so check back often as the release approaches.

Blu-ray: Big Love Blu-ray will be available the same day as the DVD. Blu-ray and DVD releases are typically released around 12-16 weeks after the theatrical premiere.

Digital: Big Love digital release from Amazon Video and iTunes will be available 1-2 weeks before the Blu-ray, DVD, and 4K releases. The estimate release date is November 2011. We will update this page with more details as they become available. The movie has been out for around since its theatrical release.

Big Love stars Bill PaxtonJeanne TripplehornChloë Sevigny. View everything you need to know about the movie below.

Big Love is a dramatic television series that tells the story of a community of polygamists in Utah, namely Bill Henrickson and his three wives. On top of running a popular chain of hardware stores, Bill and his family must face a host of issues that arise from practicing a way of life that is not only illegal, but, in some instances, extremely dangerous. The family has to be careful who they trust in the both their own religious community and otherwise because of the power some devious individuals hold over all of their lives.

Big Love DVD/Blu-ray is rated TV-MA. This program is specifically designed to be viewed by adults and therefore may be unsuitable for children under 17. This program may contain one or more of the following: crude indecent language (L), explicit sexual activity (S), or graphic violence (V).