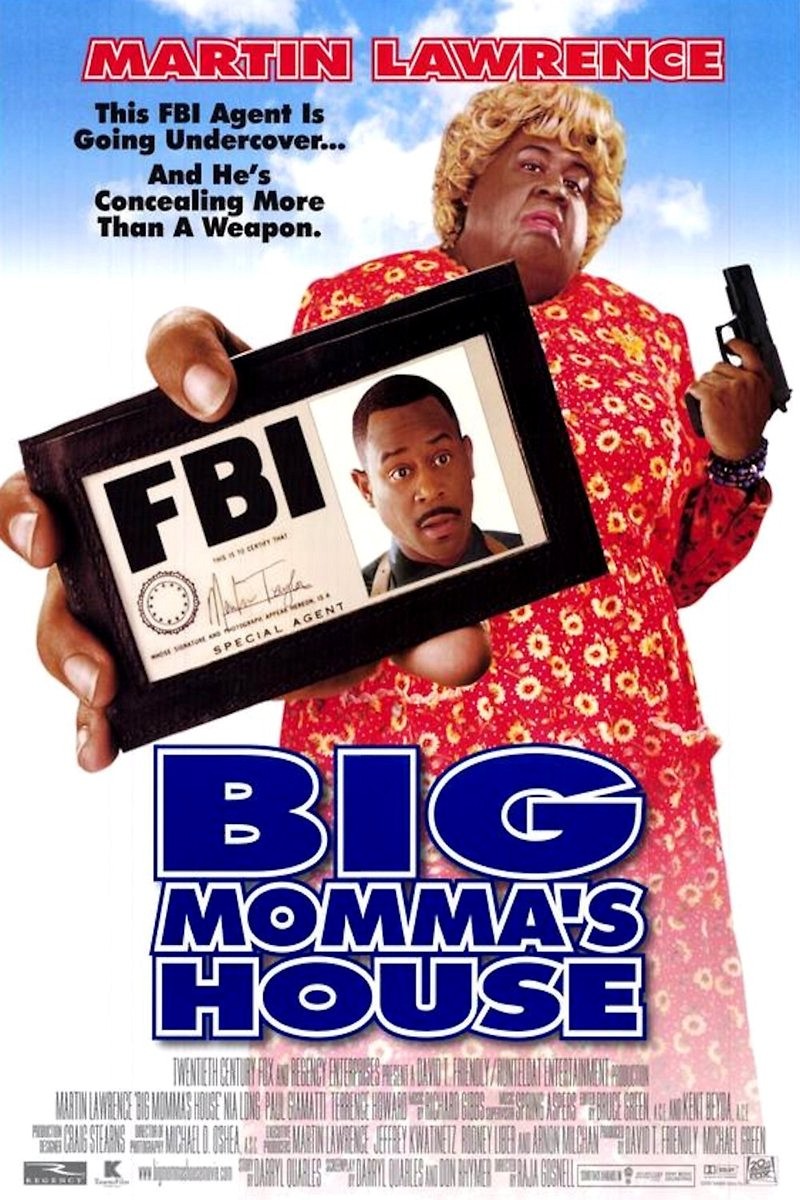 DVD: Big Momma’s House DVD release date is set for March 6, 2001. Dates do change so check back often as the release approaches.

Blu-ray: Big Momma’s House Blu-ray will be available the same day as the DVD. Blu-ray and DVD releases are typically released around 12-16 weeks after the theatrical premiere.

Digital: Big Momma’s House digital release from Amazon Video and iTunes will be available 1-2 weeks before the Blu-ray, DVD, and 4K releases. The estimate release date is February 2001. We will update this page with more details as they become available. The movie has been out for around since its theatrical release.

FBI agent, Malcom Turner, goes undercover as an aging grandmother in this comedic film about fighting crime. He is assigned to catching an escaped prisoner, who goes on an aggressive crime spree. Malcolm decides to setup his stake-out in a small Georgia town at the house across the street from Big Momma’s house, the grandmother of the escaped prisoner’s former girlfriend, Sherry. Big Momma leaves her house empty right when Sherry comes to visit, so Malcom puts on a fat suit and impersonates Big Momma. Malcolm need to catch the bad guy, but he also wants to win Sherry’s heart while convincing her and the neighborhood that he is the sassy, outspoken Southern grandma.

Big Momma’s House DVD/Blu-ray is rated PG-13. Parents are urged to be cautious. Some material may be inappropriate for pre-teenagers (under 13).

The movie currently has a 4.8 out of 10 IMDb rating and 33 Metascore on Metacritic. We will continue to add and update review scores.