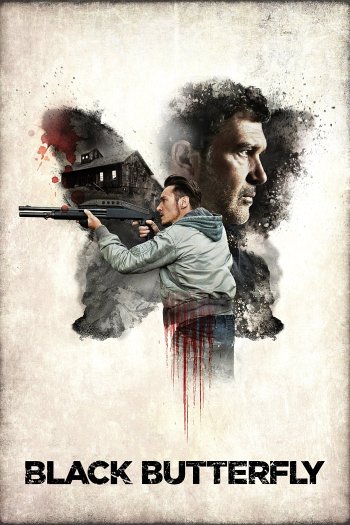 Synopsis:
Outside a mountain town grappling with a series of abductions and murders, Paul (Antonio Banderas), a reclusive writer, struggles to start what he hopes will be a career-saving screenplay. After a tense encounter at a diner with a drifter named Jack (Jonathan Rhys Meyers), Paul offers Jack a place to stay-and soon the edgy, demanding Jack muscles his way into Paul’s work and the two men begin a jagged game of one-upmanship that will bring at least one tale to an end. Black Butterfly (2017) is directed by Brian Goodman and was released on May 26th, 2017.

Black Butterfly is scheduled to arrive in theaters on May 26, 2017. As of today, the movie has been out for around since its theatrical release.

When is Black Butterfly coming to DVD?

Black Butterfly DVD release date is set for July 25, 2017, with Blu-ray available the same day as the DVD release. DVD releases are typically released around 12-16 weeks after the theatrical premiere.

When will Black Butterfly be released digitally?

Black Butterfly digital release from Amazon Video and iTunes should be available 1-2 weeks before the Blu-ray, DVD, and 4K releases. The estimated VOD release date is July 2017.

Black Butterfly is rated R. R stands for 'Restricted', which means children under 17 require accompanying parent or adult guardian. The movie contains some adult material and parents are urged to learn more about the movie.

Here is where you can stream and purchase the Black Butterfly ⤵