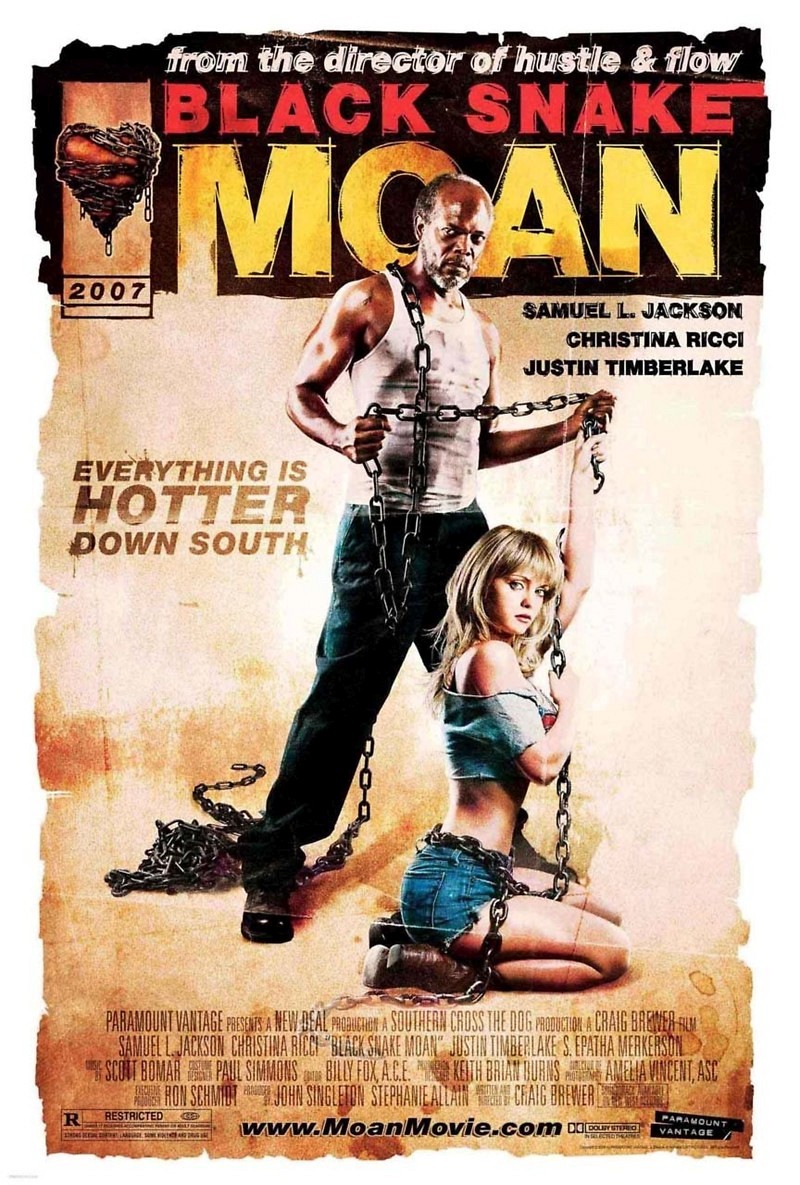 DVD: Black Snake Moan DVD release date is set for June 26, 2007. Dates do change so check back often as the release approaches.

Blu-ray: Black Snake Moan Blu-ray will be available the same day as the DVD. Blu-ray and DVD releases are typically released around 12-16 weeks after the theatrical premiere.

Digital: Black Snake Moan digital release from Amazon Video and iTunes will be available 1-2 weeks before the Blu-ray, DVD, and 4K releases. The estimate release date is June 2007. We will update this page with more details as they become available. The movie has been out for around since its theatrical release.

Lazarus is a blues musician from the deepest parts of the American South who lives his life by the Bible and loves to entertain people. But his life gets turned upside down when he meets up with a wild girl named Rae. Throughout her entire life, Rae has been sexually abused by almost every person she has come into contact with. Lazarus sees his chance to make a difference in someone’s life and reaches out to Rae to try and get her to stop her sinful ways. It does not take Lazarus long to realize that he may have taken on a task that is a bit more than he may be able to handle.

Black Snake Moan DVD/Blu-ray is rated R. R stands for ‘Restricted’, which means children under 17 require accompanying parent or adult guardian. The movie contains some adult material and parents are urged to learn more about the movie.

The movie currently has a 7.1 out of 10 IMDb rating and 52 Metascore on Metacritic. We will continue to add and update review scores.