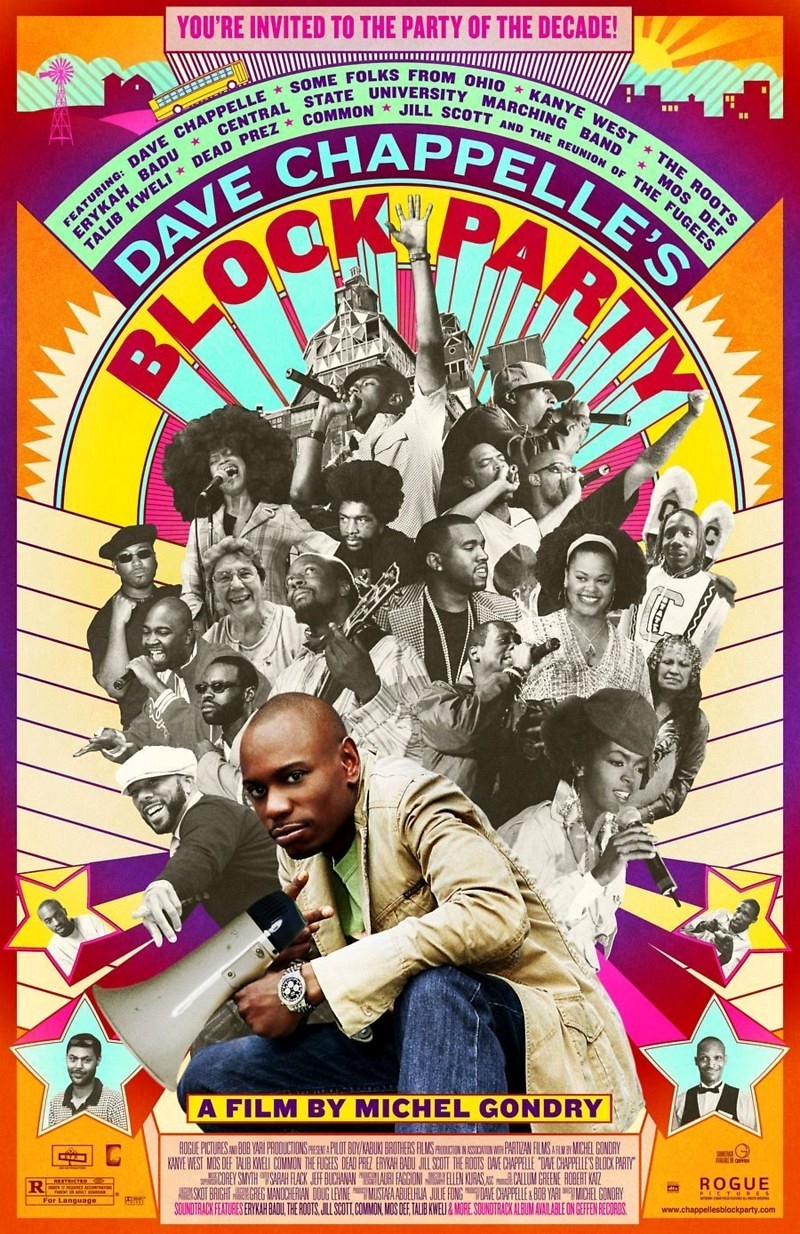 DVD: Block Party DVD release date is set for May 22, 2007. Dates do change so check back often as the release approaches.

Blu-ray: Block Party Blu-ray will be available the same day as the DVD. Blu-ray and DVD releases are typically released around 12-16 weeks after the theatrical premiere.

Digital: Block Party digital release from Amazon Video and iTunes will be available 1-2 weeks before the Blu-ray, DVD, and 4K releases. The estimate release date is May 2007. We will update this page with more details as they become available. The movie has been out for around since its theatrical release.

Dave Chappelle invites the world into his New York City neighborhood as he prepares to throw a block party on September 18, 2004. He tours such sights as Broken Angel House in Brooklyn as well as the Fort Greene and Bedford-Stuyvesant neighborhoods. As the party gets underway in the Clinton Hills neighborhood, there are performances by a number of hip hop and neo-soul artists, including Kanye West, Mos Def, Erykah Badu and Jill Scott. The Central Michigan University marching band performs, and Lauren Hill reunites with the Fugees for the party, after Columbia House refuses to release her solo performances for the recording. Attendees are treated to several of Chappelle’s famous monologues and sketches as the enjoy the late summer event.

Block Party DVD/Blu-ray is rated R. R stands for ‘Restricted’, which means children under 17 require accompanying parent or adult guardian. The movie contains some adult material and parents are urged to learn more about the movie.

The movie currently has a 7.1 out of 10 IMDb rating and 84 Metascore on Metacritic. We will continue to add and update review scores.