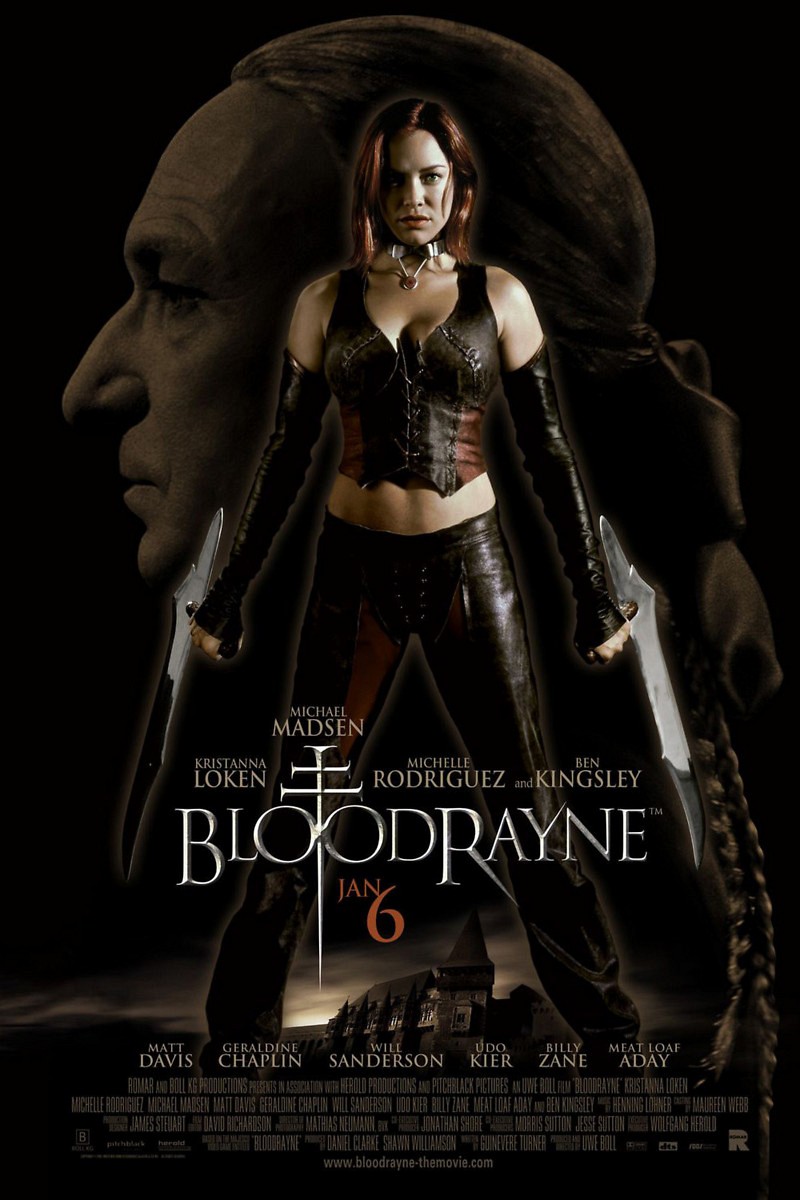 DVD: BloodRayne DVD release date is set for May 23, 2006. Dates do change so check back often as the release approaches.

Blu-ray: BloodRayne Blu-ray will be available the same day as the DVD. Blu-ray and DVD releases are typically released around 12-16 weeks after the theatrical premiere.

Digital: BloodRayne digital release from Amazon Video and iTunes will be available 1-2 weeks before the Blu-ray, DVD, and 4K releases. The estimate release date is May 2006. We will update this page with more details as they become available. The movie has been out for around since its theatrical release.

BloodRayne stars Kristanna Loken, Michael Madsen, Matthew Davis, Will Sanderson, Geraldine Chaplin. View everything you need to know about the movie below.

In the 18th century, Rayne is a Dhampir — a vampire/human hybrid. She’s also a slave and the main attraction in a Romanian freak-show carnival. After escaping the carnival, she saves a family on the road from vampires and is then told by a fortune teller that she is the daughter of Vampire King Kagan who forced himself upon her mother. Swearing revenge, Rayne sets off to find Kagan, but finds vampire hunters instead. Their most skilled warriors, Sebastian and Vladimir, teach her their ways and allow her to become part of their group, known as the Brimstone Society. They also offer to help her in her quest to destroy Kagan. But, before she can kill him, she must find three powerful vampire talismans…

BloodRayne DVD/Blu-ray is rated R. R stands for ‘Restricted’, which means children under 17 require accompanying parent or adult guardian. The movie contains some adult material and parents are urged to learn more about the movie.

The movie currently has a 2.8 out of 10 IMDb rating and 18 Metascore on Metacritic. We will continue to add and update review scores.