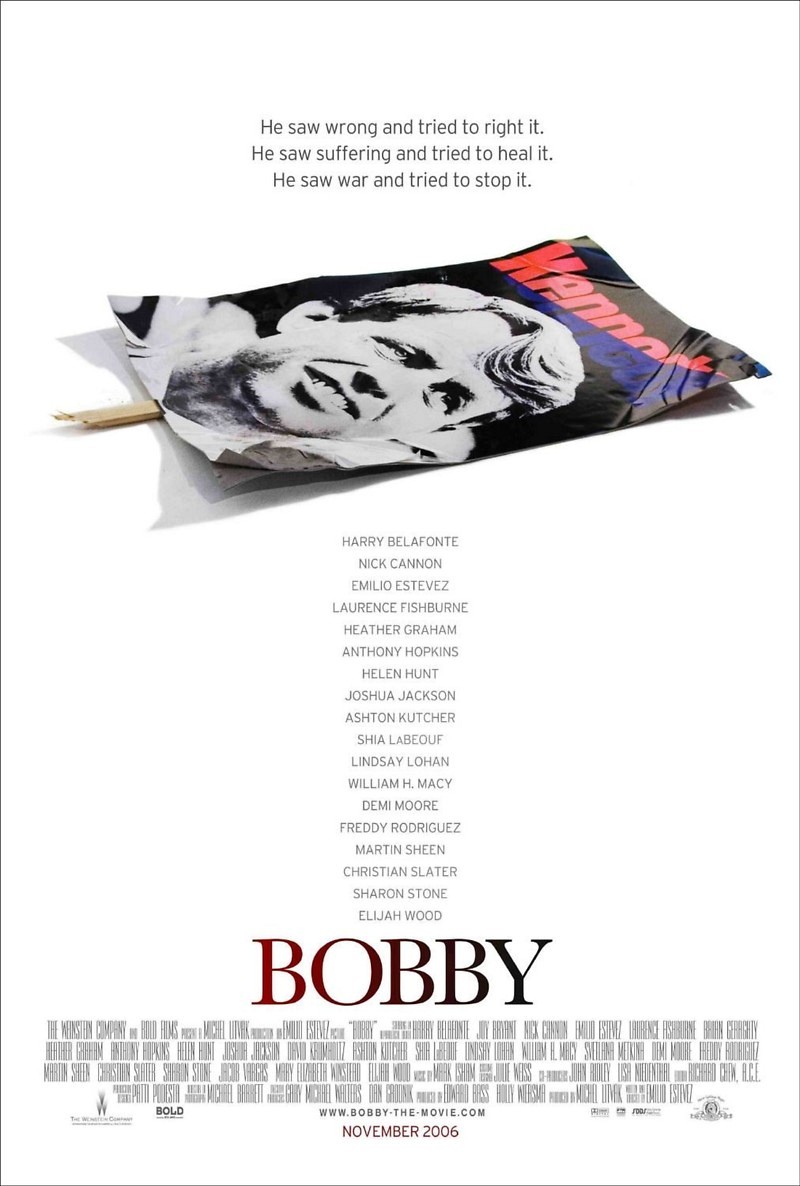 DVD: Bobby DVD release date is set for April 10, 2007. Dates do change so check back often as the release approaches.

Blu-ray: Bobby Blu-ray will be available the same day as the DVD. Blu-ray and DVD releases are typically released around 12-16 weeks after the theatrical premiere.

Digital: Bobby digital release from Amazon Video and iTunes will be available 1-2 weeks before the Blu-ray, DVD, and 4K releases. The estimate release date is April 2007. We will update this page with more details as they become available. The movie has been out for around since its theatrical release.

On June 5, 1968 Robert F. Kennedy was shot by Sirhan Sirhan at the Ambassador Hotel in Los Angeles, California and died the next day. Senator Kennedy and Sirhan Sirhan were not the only two people in that hotel on that day. Eleven people in that building have lives, stories and problems of their own to deal with. Now they must also deal with the fact that they were there that day and how the death of one man can change not only their lives, but the lives of an entire country.

Bobby DVD/Blu-ray is rated R. R stands for ‘Restricted’, which means children under 17 require accompanying parent or adult guardian. The movie contains some adult material and parents are urged to learn more about the movie.

The movie currently has a 7.1 out of 10 IMDb rating and 54 Metascore on Metacritic. We will continue to add and update review scores.