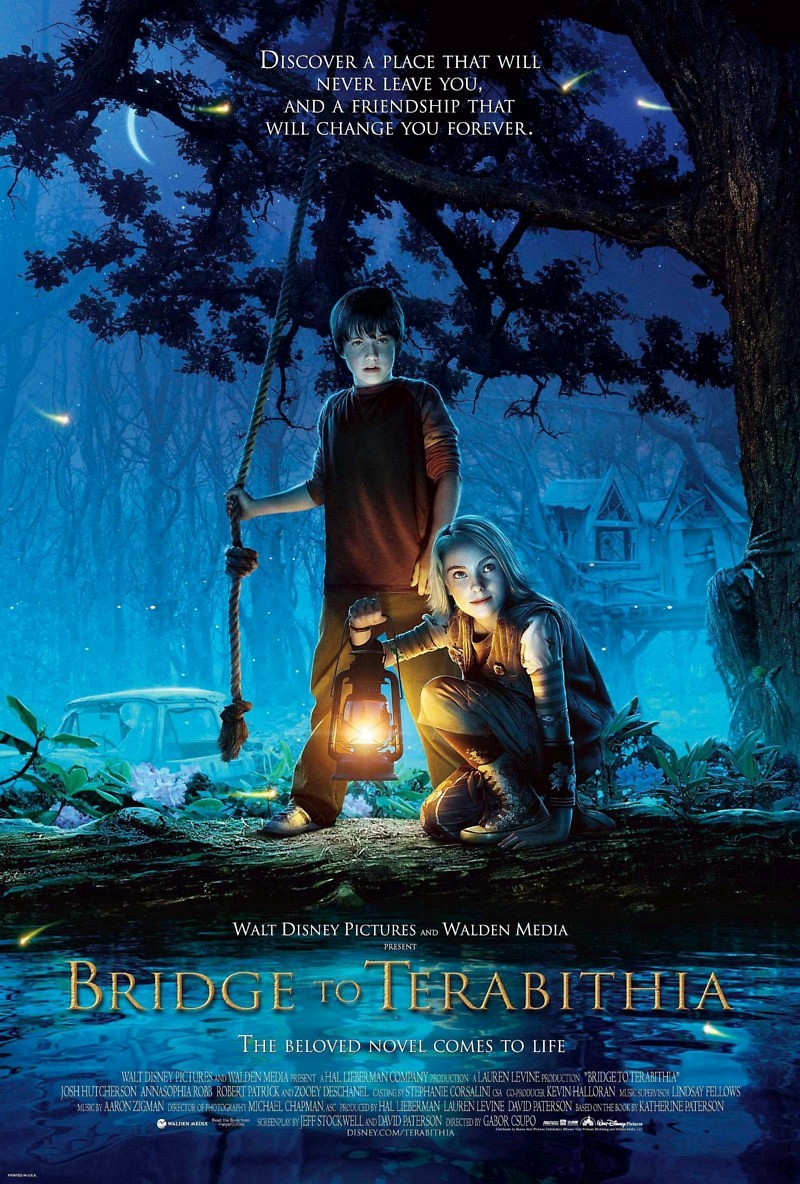 DVD: Bridge to Terabithia DVD release date is set for June 19, 2007. Dates do change so check back often as the release approaches.

Blu-ray: Bridge to Terabithia Blu-ray will be available the same day as the DVD. Blu-ray and DVD releases are typically released around 12-16 weeks after the theatrical premiere.

Digital: Bridge to Terabithia digital release from Amazon Video and iTunes will be available 1-2 weeks before the Blu-ray, DVD, and 4K releases. The estimate release date is June 2007. We will update this page with more details as they become available. The movie has been out for around since its theatrical release.

Based on the children’s classic of the same name, Bridge to Terabithia follows the story of Jesse Aarons, a young artist who struggles to fit in both at home and in the fifth grade. Things start looking up when he meets Leslie, a tomboyish classmate who doesn’t mind his poor clothes and imaginative games, and the two become friends. One day they happen across an abandoned tree house deep in the woods where they create “Terabithia,” a fantasy world filled with monsters, ogres and kings, and life couldn’t be better. All good things must come to an end, however, and when tragedy strikes Jesse’s life, he’ll have to draw on everything both Terabithia and Leslie have taught him in order to make sense of his changing world.

The movie currently has a 7.3 out of 10 IMDb rating and 74 Metascore on Metacritic. We will continue to add and update review scores.