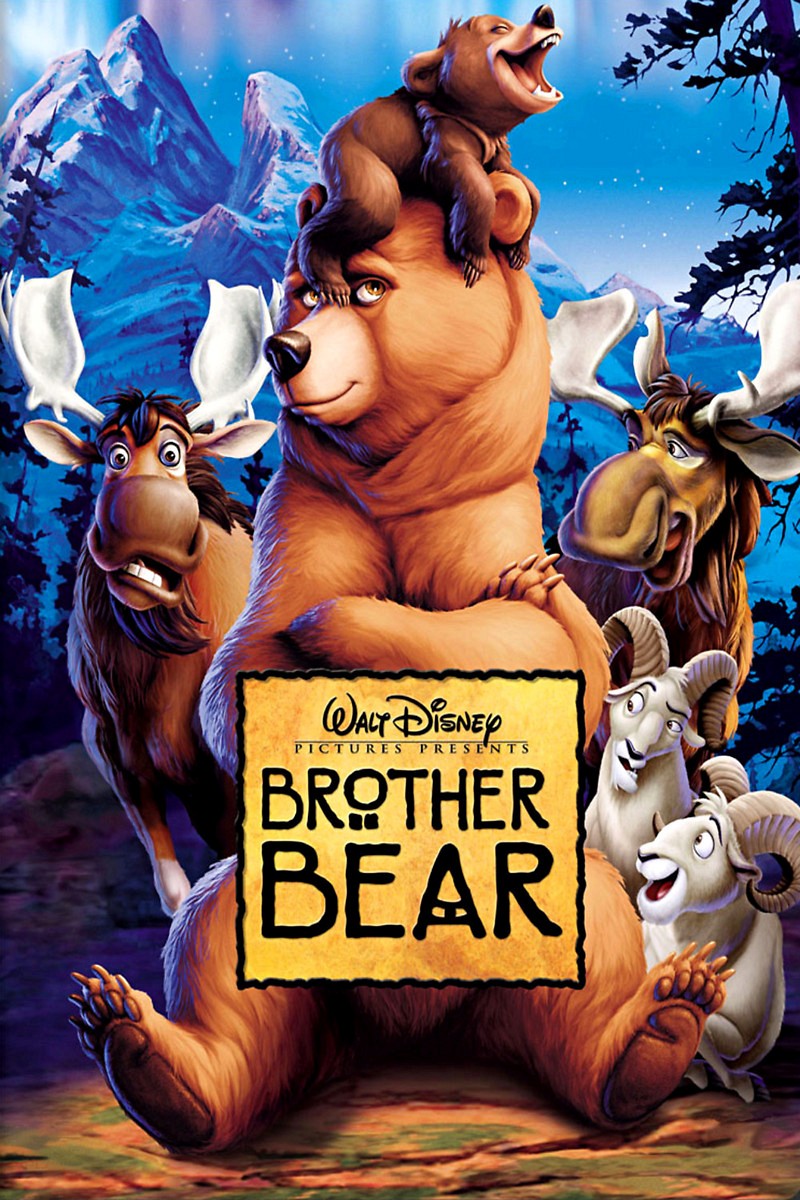 DVD: Brother Bear DVD release date is set for March 30, 2004. Dates do change so check back often as the release approaches.

Blu-ray: Brother Bear Blu-ray will be available the same day as the DVD. Blu-ray and DVD releases are typically released around 12-16 weeks after the theatrical premiere.

Digital: Brother Bear digital release from Amazon Video and iTunes will be available 1-2 weeks before the Blu-ray, DVD, and 4K releases. The estimate release date is March 2004. We will update this page with more details as they become available. The movie has been out for around since its theatrical release.

This animated movie adventure will tell you a tale of learning valuable life lessons and respecting family traditions that have been passed down through generations. Sometimes in life you have to walk the path in another’s shoes to find who you really are and what you truly want to be. When impulse and emotions start taking over, a young man must learn to accept what has come to pass and find his true self through a series of more than unlikely circumstances. This fun and kooky forest adventure will both tug at your heart strings and have you holding your sides with laughter as you meet all sorts of interesting characters of the wilderness in this funny family film for all ages.

Brother Bear DVD/Blu-ray is rated G. G rating means all ages are admitted. The material will not offend parents for viewing by children.

The movie currently has a 6.6 out of 10 IMDb rating and 48 Metascore on Metacritic. We will continue to add and update review scores.