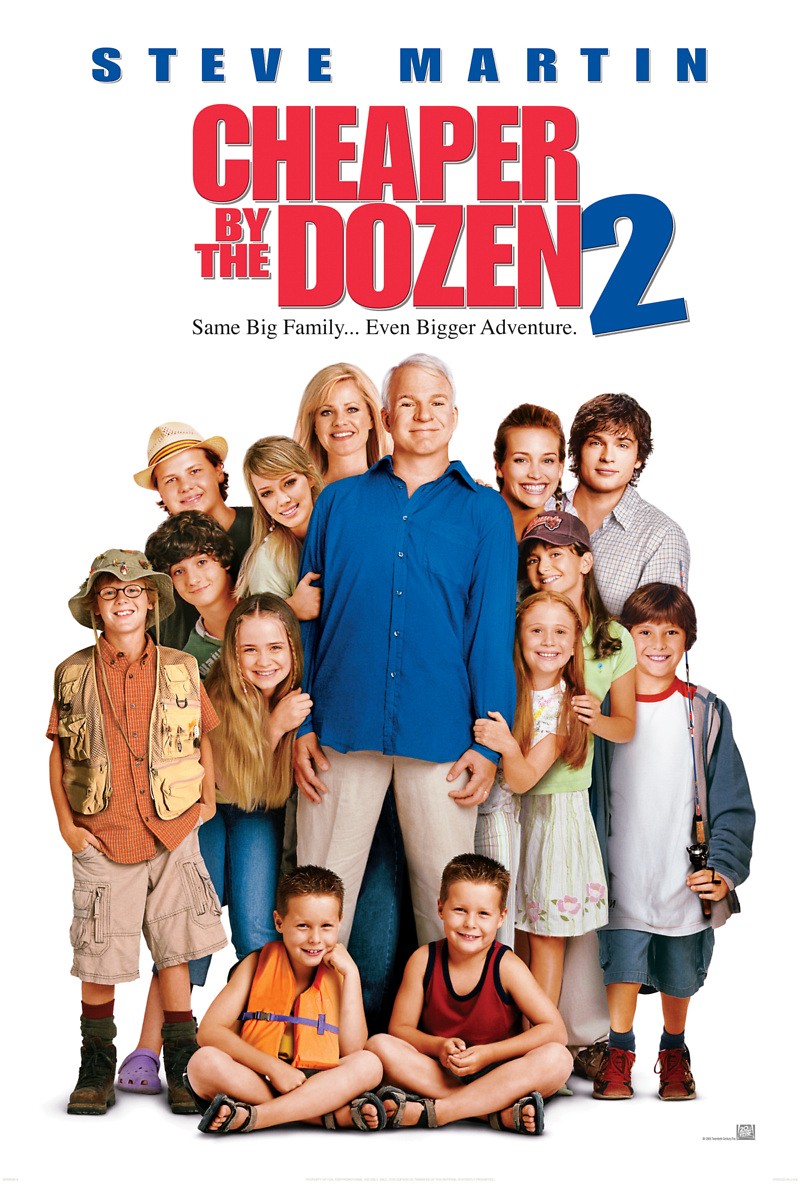 DVD: Cheaper by the Dozen 2 DVD release date is set for May 23, 2006. Dates do change so check back often as the release approaches.

Blu-ray: Cheaper by the Dozen 2 Blu-ray will be available the same day as the DVD. Blu-ray and DVD releases are typically released around 12-16 weeks after the theatrical premiere.

Digital: Cheaper by the Dozen 2 digital release from Amazon Video and iTunes will be available 1-2 weeks before the Blu-ray, DVD, and 4K releases. The estimate release date is May 2006. We will update this page with more details as they become available. The movie has been out for around since its theatrical release.

Cheaper by the Dozen 2 stars Steve Martin, Eugene Levy, Bonnie Hunt, Tom Welling, Piper Perabo. View everything you need to know about the movie below.

In the sequel to the original film, Cheaper by the Dozen, all of the children are now much older, and the two oldest children have now left the house. Afraid that his family is drifting apart, Tom Baker decides that his family needs to spend one last family vacation at their summer cottage. The vacation is going well, until Tom’s biggest enemy, Jimmy Murtaugh shows up, and begins bragging to Tom about the success of his family. Eventually, a crisis brings them together and they learn to become good friends.

The movie currently has a 5.2 out of 10 IMDb rating and 34 Metascore on Metacritic. We will continue to add and update review scores.