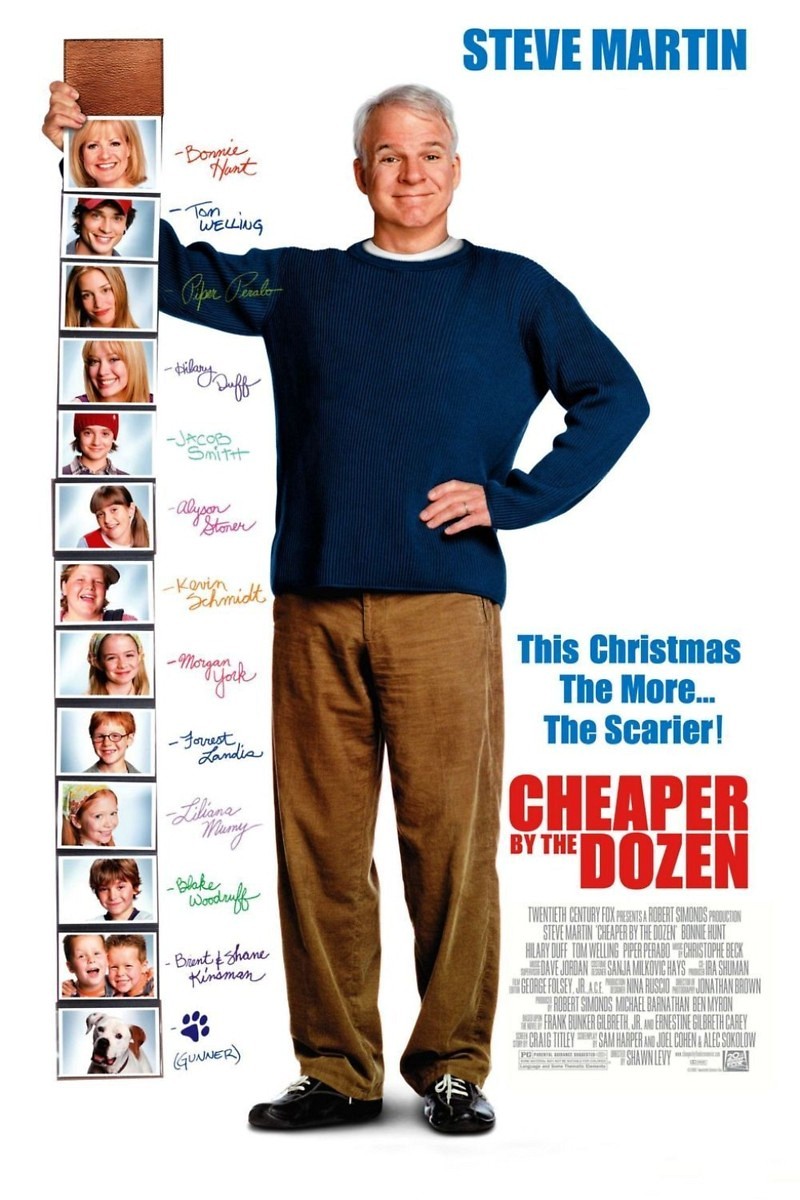 DVD: Cheaper by the Dozen DVD release date is set for April 6, 2004. Dates do change so check back often as the release approaches.

Blu-ray: Cheaper by the Dozen Blu-ray will be available the same day as the DVD. Blu-ray and DVD releases are typically released around 12-16 weeks after the theatrical premiere.

Digital: Cheaper by the Dozen digital release from Amazon Video and iTunes will be available 1-2 weeks before the Blu-ray, DVD, and 4K releases. The estimate release date is March 2004. We will update this page with more details as they become available. The movie has been out for around since its theatrical release.

Cheaper by the Dozen stars Steve Martin, Bonnie Hunt, Piper Perabo, Tom Welling, Hilary Duff. View everything you need to know about the movie below.

Tom Baker lands a job coaching his alma mater’s football team, forcing his family of twelve to move from a small time in rural Illinois to a much larger city. Meanwhile, Baker’s wife gets his first book published, forcing her to spend an extended period of time on the road promoting her new book. This forces Baker to take on the responsibility of keeping their house in order, and caring for their many children on his own, while also trying to juggle his stressful new job.

The movie currently has a 5.6 out of 10 IMDb rating and 46 Metascore on Metacritic. We will continue to add and update review scores.