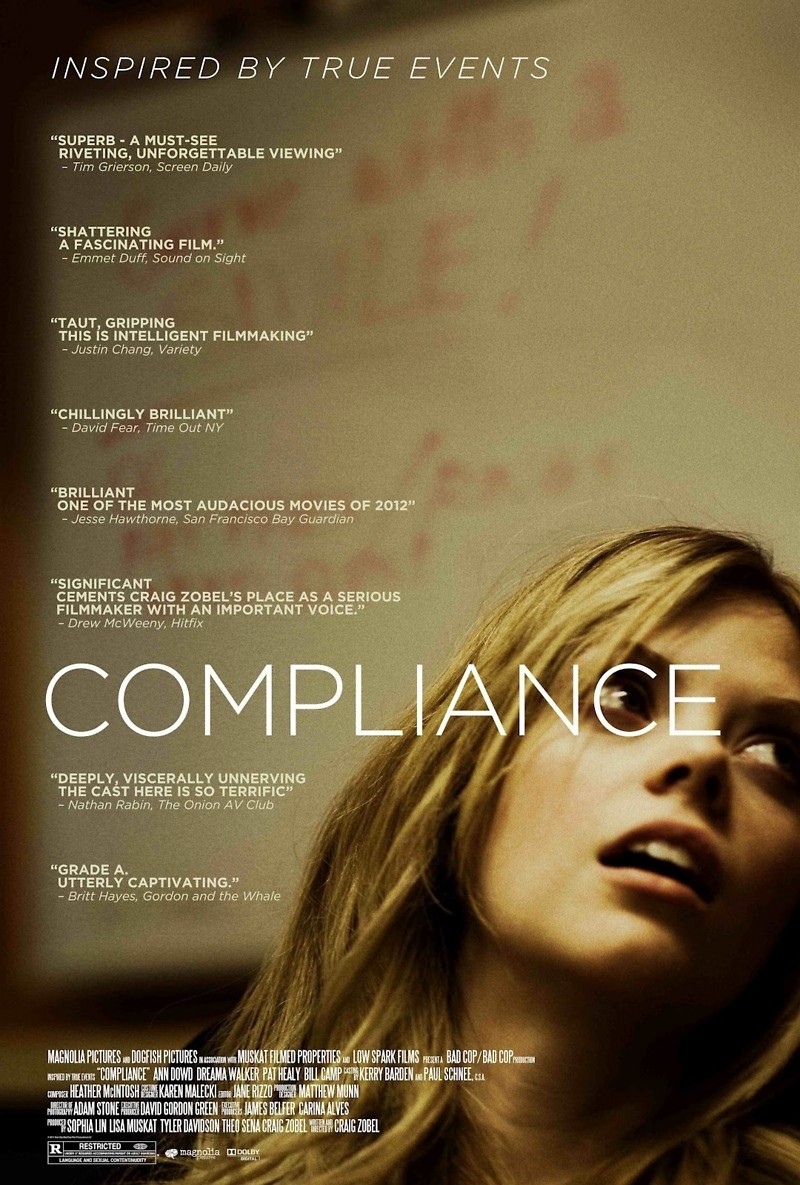 DVD: Compliance DVD release date is set for January 8, 2013. Dates do change so check back often as the release approaches.

Blu-ray: Compliance Blu-ray will be available the same day as the DVD. Blu-ray and DVD releases are typically released around 12-16 weeks after the theatrical premiere.

Digital: Compliance digital release from Amazon Video and iTunes will be available 1-2 weeks before the Blu-ray, DVD, and 4K releases. The estimate release date is December 2012. We will update this page with more details as they become available. The movie has been out for around since its theatrical release.

Sandra is the harried manager of a fast-food restaurant. One morning a man calls her at work; he tells her that he is with the police and a customer has accused Becky, one of her employees, of stealing. He requires the young woman to be searched before the cops can come to pick her up. Sandra takes Becky into a back room and unquestioningly follows this request. By manipulating Sandra’s ego and Becky’s fear of authority, the faceless stranger subjects Becky to increasingly frightening and demeaning acts, even getting other employees to take part in the phony interrogation. It takes an entire day before another person takes a stand and gets the real police involved, and they discover that catching the perpetrator is a complicated task.

Compliance DVD/Blu-ray is rated R. R stands for ‘Restricted’, which means children under 17 require accompanying parent or adult guardian. The movie contains some adult material and parents are urged to learn more about the movie.

The movie currently has a 6.5 out of 10 IMDb rating and 68 Metascore on Metacritic. We will continue to add and update review scores.