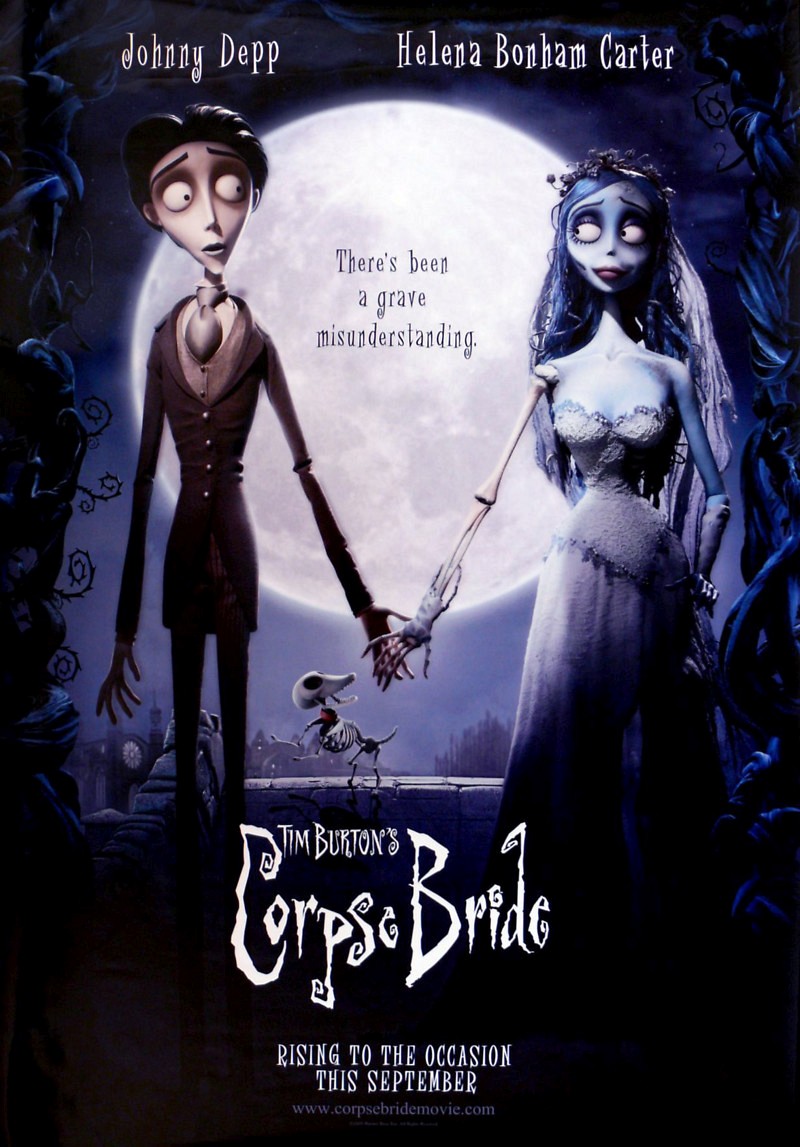 DVD: Corpse Bride DVD release date is set for January 31, 2006. Dates do change so check back often as the release approaches.

Blu-ray: Corpse Bride Blu-ray will be available the same day as the DVD. Blu-ray and DVD releases are typically released around 12-16 weeks after the theatrical premiere.

Digital: Corpse Bride digital release from Amazon Video and iTunes will be available 1-2 weeks before the Blu-ray, DVD, and 4K releases. The estimate release date is January 2006. We will update this page with more details as they become available. The movie has been out for around since its theatrical release.

Victor and Victoria have never met but they’re getting married tomorrow! Unable to remember his lines for the ceremony, Victor goes to rehearse in the woods, where he accidentally places the ring on the skeletal finger of Emily, the titular corpse bride. The next thing Victor knows, he’s down in the Underworld, a brightly-colored place that’s a heck of a lot more lively than the world up above. Meanwhile, with Victor gone, Victoria’s parents find a new husband for their daughter. With Victoria betrothed to another, Victor agrees to marry Emily in his world, even though it will consign him permanently to hers. Underworld and surface world collide in a wedding to end all weddings.

The movie currently has a 7.5 out of 10 IMDb rating and 83 Metascore on Metacritic. We will continue to add and update review scores.